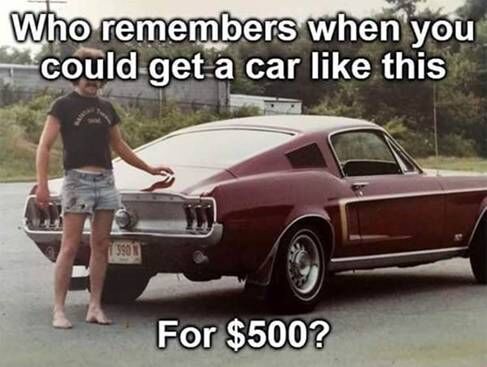 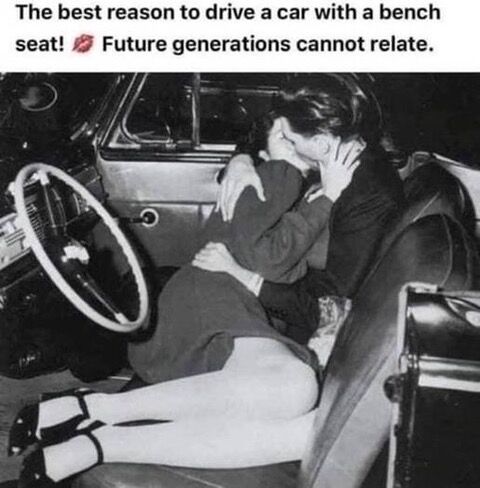 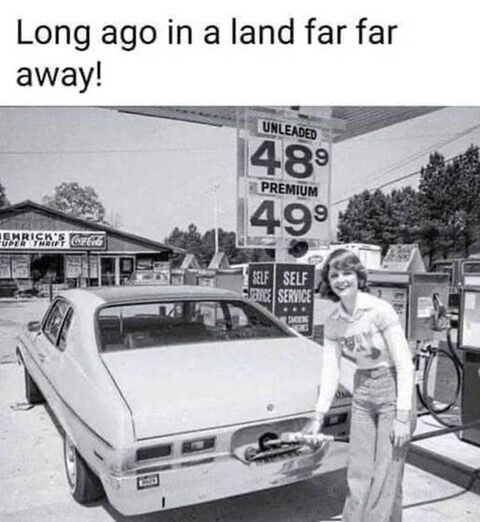 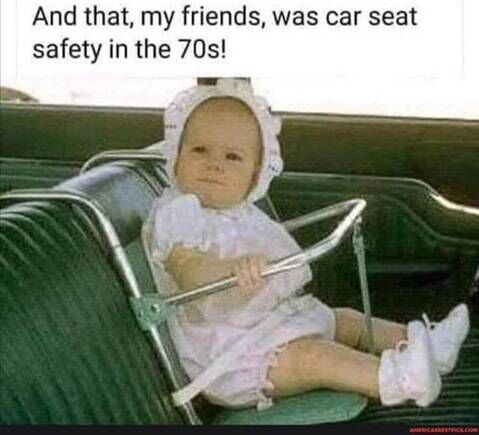 SteveR Loc: Dallas
You certainly couldn't get that Mustang for $500 new.

DirtFarmer Loc: Way too close to New York City
The third one is something you might see 50 years from now except it will be in dollars instead of cents.

In 1966 I drove to Alaska. The highest price I came across for gas was about 68 cents and that was for an Imperial gallon in Canada.

sourdough58 Loc: Maine
I sold a fastback same color for $500 I dont remember the yr was in great shape 6ix cyl and ran but the engine was a bit noisy. it sat out in the yard for several mos before it sold, also I had a "64" chevy Impaler SS, 2 door baby-blue with a white top. Black leather bucket seats in front and semi-bucket seats in back, 396 4 barrel and 4 on the floor. I had a bunch of really nice cars and trucks. When I started driving gas was .31 cents per gal. Why-o-why Did I sell everything???? excuse me I need to get a tissue. Thank you for the post.

cdayton
SteveR wrote:
You certainly couldn't get that Mustang for $500 new.

No, but I bought a new 1966 2+2 Mustang V8 for about $2500 which was a stretch for a young Asst Prof making some small multiple of that amount. Why does everyone ignore inflation when comparing prices across eras? I bought a house in Rockville, MD in 1963 for $19,200 that Zillow currently values at $469,600.

jerryc41 Loc: Catskill Mts of NY
Funny. When I was a "kid," I occasionally bought a "$50 car." Drive it for a while and sell or junk it. I once bought a 1957 Olds that came from Florida, and it didn't have a heater. No big deal, I thought. It's a scientific fact that a car without a heater is colder inside than it is outside in the winter.

After I graduated from college and got married, we used to take annual vacations in the California High Sierras. I thought that the gas price in the mountains was way too high - at 25 cents a gallon.

rplain1 Loc: Dayton, Oh.
I remember leaving a gas station because the gas was over $0.40!!

Reply
Page 1 of 4 next> last>>
If you want to reply, then register here. Registration is free and your account is created instantly, so you can post right away.
General Chit-Chat (non-photography talk)
Home | Latest Digest | Back to Top | All Sections
Contact us | Privacy policy | Terms of use | DMCA
UglyHedgehog.com - Forum
Copyright 2011-2023 Ugly Hedgehog, Inc.