The stack is composed of four images, ACR processed.

► I checked the images in order to have them in sharpness order.
► I created pairs, each was aligned then blended. (Red)
► The resulting blended images were then aligned and blended. (Orange)
► The final blended image was transformed into a 'Smart object' Then level was applied (Ctrl-L) followed by ACR. (Green)

This was done in order to pull the details in the white areas.

The result can be seen in the close-up forum.
Original clump of flower posted in the gallery. 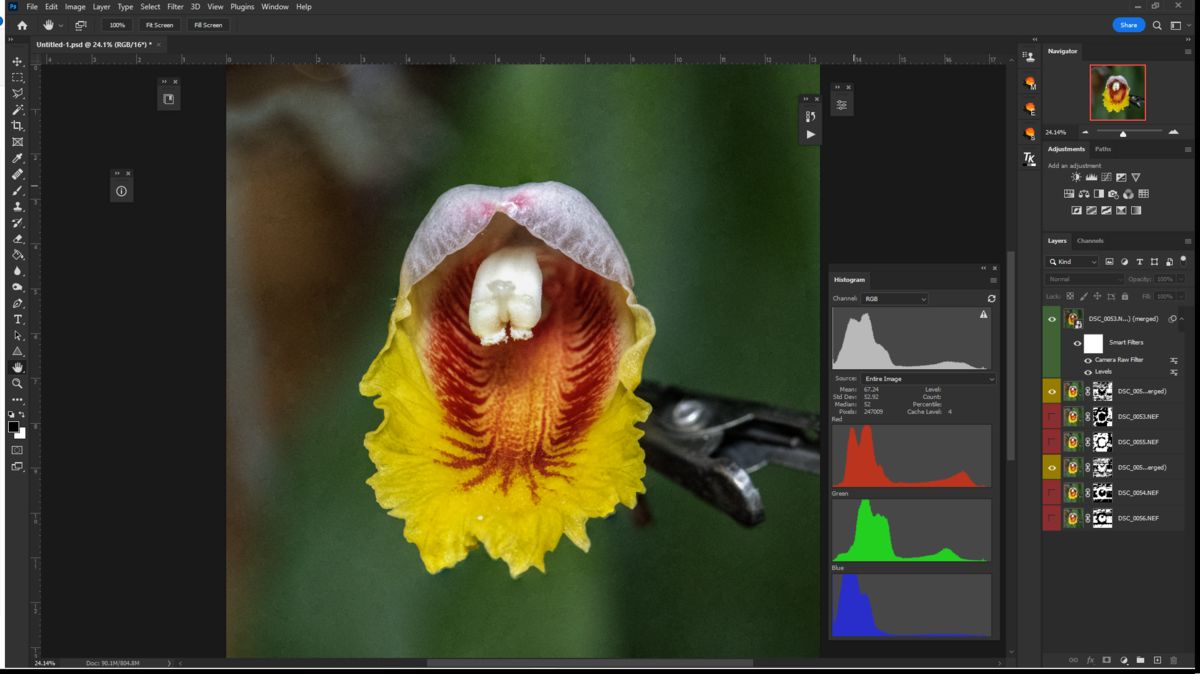 Rongnongno Loc: FL
In order to be exploited, the ghosting created mainly in lower capture need to be corrected.

I am not inclined to do so at the moment.

The same is done on the horizontal bleeding on the right side, arrows then are used to the right then to the left.

This method appears too complex at first. It beats content aware and other corrective tools.

Whatever artifacts left on the dark side are removed when the image is enlarged, when the background is blurred. 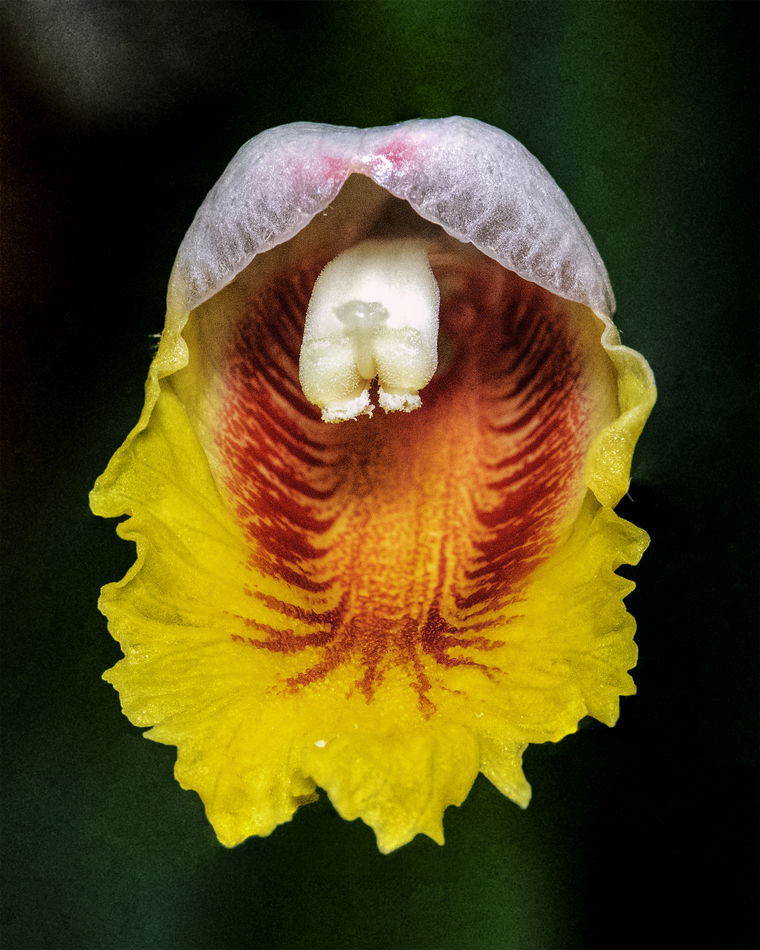 Rongnongno Loc: FL
While this looked good I was not satisfied. Now it seems to be better.

I set a black point using the eye dropper and a level layer. 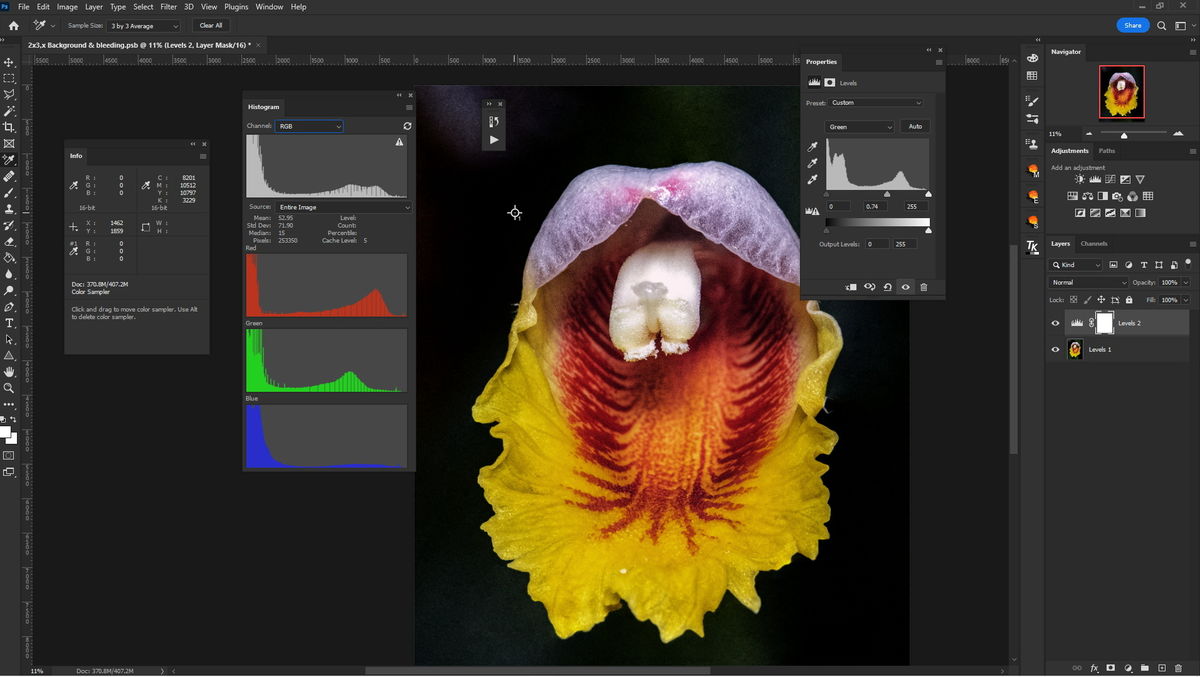