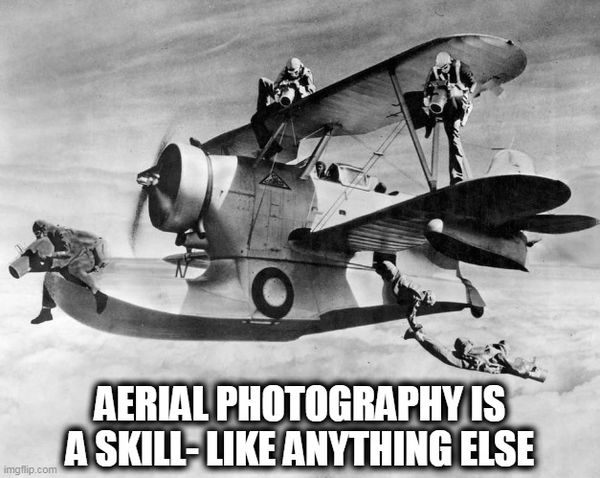 fourlocks Loc: Londonderry, NH
A Float Plane has two ski-like floats attached to the outside of the plane replacing landing gear and it basically rests above the water. A Seaplane has a fuselage that is essentially a boat hull and sits in the water. This one's somewhere in between and IMO ranks among the top 10 ugliest planes ever developed. It was a Grumman reconnaisance plane, wasn't it?

dsmeltz Loc: Philadelphia
My dad was a Army Air Corp photographer in WWII. He (sometimes) hung out of the bomb bay taking shots of bombs and targets.
He was with the Thunderbirds (the Army Air Corp unit not the later Air Force stunt flyers)
During the war he missed two flights due to illness. Both flights went down. He always said he lived on borrowed time.

dsmeltz Loc: Philadelphia
Alyn McConnaha wrote:
Anyone ever experienced an "airpocket" Neither had I until one day, as a passenger in c-124, at 30,000 ft over Texas on a clear day.... whoosss we dropped 10,000 ft, settled for an instant...then dropped another 10,000 ft!!! The pilot got on the radio .and said he was laying on the ceiling! Wheee, real excitement for a "newby" in the USAF!!!

Texas is where my father was based. There is a fascinating story about my mother volunteering for civilian support of the unit, traveling to Texas, being helped by a soldier named Victor on the train and my father sending her yellow roses every year signed "Victor" until the year he passed.

Reply
Apr 8, 2021 11:15:28   #
Barn Owl
KillroyII, Can't imagine the courage and physical fitness of those military photographers on that plane! Thanks for your post.

Reply
Apr 8, 2021 15:33:49   #
DICK32
AH Old Airplanes!! I worked for GE in their aircraft Jet Engine Plant in Cincinnati as an engineer. I bought and flew a 1947 Ercoupe. 2 seater with a canopy that you could open on a summer day and it was like driving in a convertible but faster. Many antique and new airplanes at Lunken Airport, Cincinnati. I flew in T6's, Cessna Air Master 1930's aircraft. My flight instructor taught pilots to fly Wacos and Stinsons before WW2. He taught women to fly Bombers in WW2. B 25s and B29s were built in Willow Run, Mi and the women flew them to Wright Pat Air Force base in Dayton, Oh. He taught me how to fly an air plane without instruments in an emergency. Listen to the sound of the engine. hear it climbing, descending and straight and level. I worked harder under his instruction than I did in college. I was a 1st lieutenant in the Air Force Reserve. I still fly with friends and do videos. When you fly on a rainy day the rainbows are circular. I never had a good enough camera or video to get a picture of it. 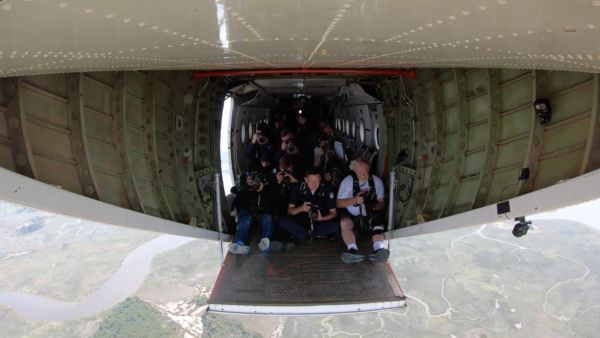 gekko11 Loc: Las Cruces NM
dsmeltz wrote:
Texas is where my father was based. There is a fascinating story about my mother volunteering for civilian support of the unit, traveling to Texas, being helped by a soldier named Victor on the train and my father sending her yellow roses every year signed "Victor" until the year he passed.

That is a story that begs to be told