don1047 Loc: Colorado
A few pics of the Big Boy at Harriman, WY. Largest steam locomotive ever built. Here's it's schedule for the next few months.
https://www.up.com/heritage/steam/schedule/index.htm?fbclid=IwAR3hkgbHSElI3OsTHiz2pg6ykj1AL4onWEx3UsEwtirT6CnITtl9mBjSjgA
If you're so inclined, it's really worth the visit. 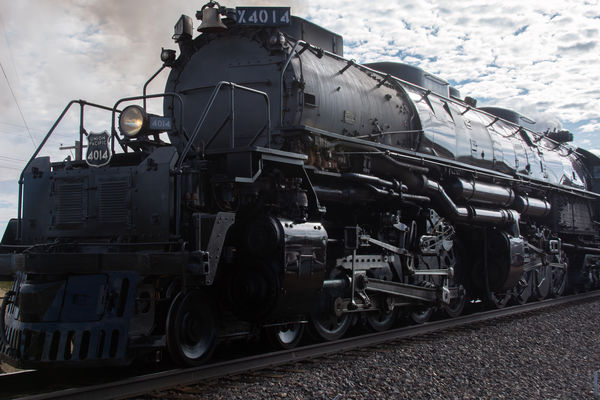 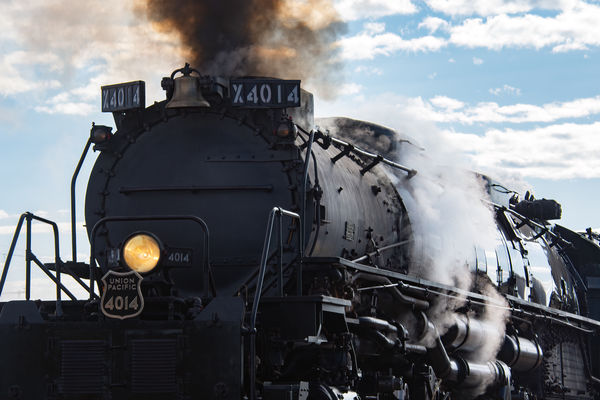 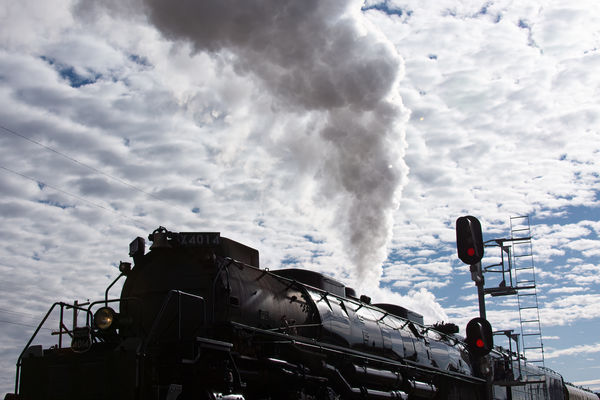 robertjerl Loc: Corona, California
don1047 wrote:
A few pics of the Big Boy at Harriman, WY. Largest steam locomotive ever built. Here's it's schedule for the next few months.
https://www.up.com/heritage/steam/schedule/index.htm?fbclid=IwAR3hkgbHSElI3OsTHiz2pg6ykj1AL4onWEx3UsEwtirT6CnITtl9mBjSjgA
If you're so inclined, it's really worth the visit.

Well, it is the largest operating steam locomotive in the world but there were some larger, heavier, more powerful in the past. Most a very limited production run or even only 1 or 2 custom built. The Big Boy doesn't take first place in any of the "biggest" categories but is usually in the top 3. However many of those others were not successful, short lived due to rapid wear and aging etc. Big Boy come off as the biggest "successful" production design that wasn't virtually a custom built with only 1 or 2 being made. Here in the US the Yellowstone class were bigger but only lasted 10 years before being phased out.

That said, yes 4014 is the largest operating steam locomotive in the world today. The Big Boys were special purpose - large heavy trains on the UP tracks from the Great Plains to the West Coast. Often coal trains since UP owned/owns large open pit coal mines. In 1959 they were taken out of regular service because they were expensive and complicated to operate and maintain. By that time it was easier and cheaper to just hook several diesels together.

4014 spent decades at the "Rail Giants" museum on the LA County Fair Grounds and I saw it several times. I was told that they even used to let small children climb in the fire box during party rentals. I looked in, yes the inside had been cleaned and painted.

Next month it is due to make the UP yards in Colton and among the things on the schedule you posted will do an excursion run to Barstow and back to raise money for "Rail Giants". Round trip tickets are over $1000. But you can get a bit over half price by riding the train one way and a tour bus the other way. Our special needs son (27-mental age 5) LOVES trains. A few years back my wife took Jon on the SP 4449 Daylight excursion up the Columbia River Gorge then up the Deschutes River Canyon to Bend, Oregon and back. This year she is taking him on the Colton to Barstow tour, they chose to ride the bus up to Barstow and the Big Boy's train back so they see the route from both viewpoints.
In the LA Metro area people consider this visit to be 4014 coming home for a visit.
I made Jon a rotating desktop of images from his and our family's lives including his ride on the 4449. In a month or so I will make him a new selection of images to include the Big Boy trip.

J-SPEIGHT Loc: Akron, Ohio
don1047 wrote:
A few pics of the Big Boy at Harriman, WY. Largest steam locomotive ever built. Here's it's schedule for the next few months.
https://www.up.com/heritage/steam/schedule/index.htm?fbclid=IwAR3hkgbHSElI3OsTHiz2pg6ykj1AL4onWEx3UsEwtirT6CnITtl9mBjSjgA
If you're so inclined, it's really worth the visit.

| Reply
Sep 28, 2019 10:44:43   #
bpulv Loc: Buena Park, CA
don1047 wrote:
A few pics of the Big Boy at Harriman, WY. Largest steam locomotive ever built. Here's it's schedule for the next few months.
https://www.up.com/heritage/steam/schedule/index.htm?fbclid=IwAR3hkgbHSElI3OsTHiz2pg6ykj1AL4onWEx3UsEwtirT6CnITtl9mBjSjgA
If you're so inclined, it's really worth the visit.

Thanks Don, I will be going up to the Cajon Pass on October 12-13 to photograph it. I will post my photos when I return.

newsguygeorge Loc: Victoria, Texas
I'll have to wait until November, but in South Texas it's going to be just right. So excited BB will be less than 90 minutes from home.