Crook County came back from down two sets to 1 and down 22-20 in the fourth set and 14-12 in the fifth set to take fourth place. No. 10 for Crook County is the only player on the team taller than 5-9 and is second in the state in all classifications in kills with nearly 700. Four players in Crook County's starting rotation are 5-4 or shorter.

The Cowgirls were seeded eighth entering the state tournament. The Henley Hornets were the seventh seed and upset the third seed The Dalles to reach the fourth place match.

The first celebration photo is the end of the fourth set, the last two are at match point. 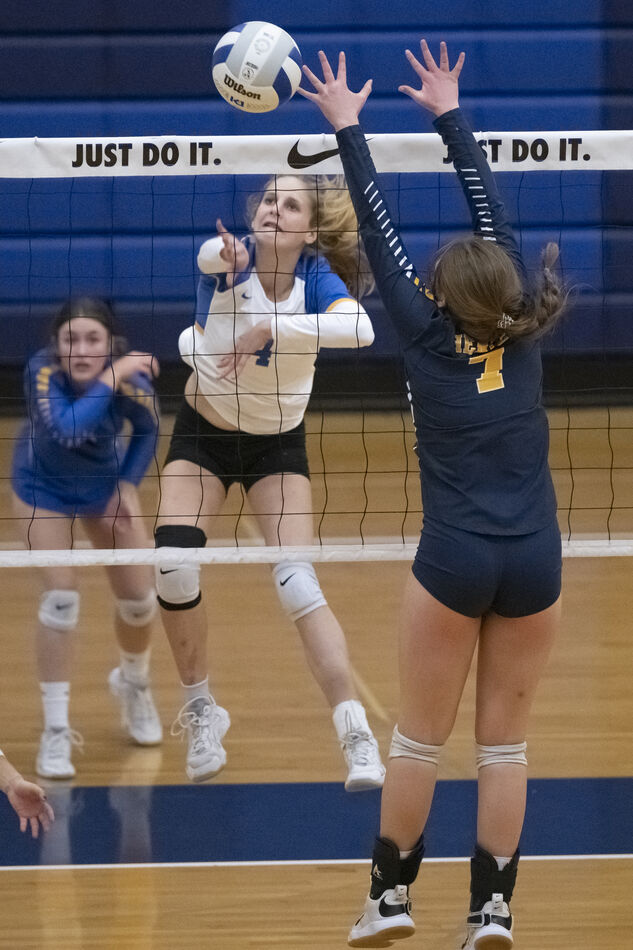 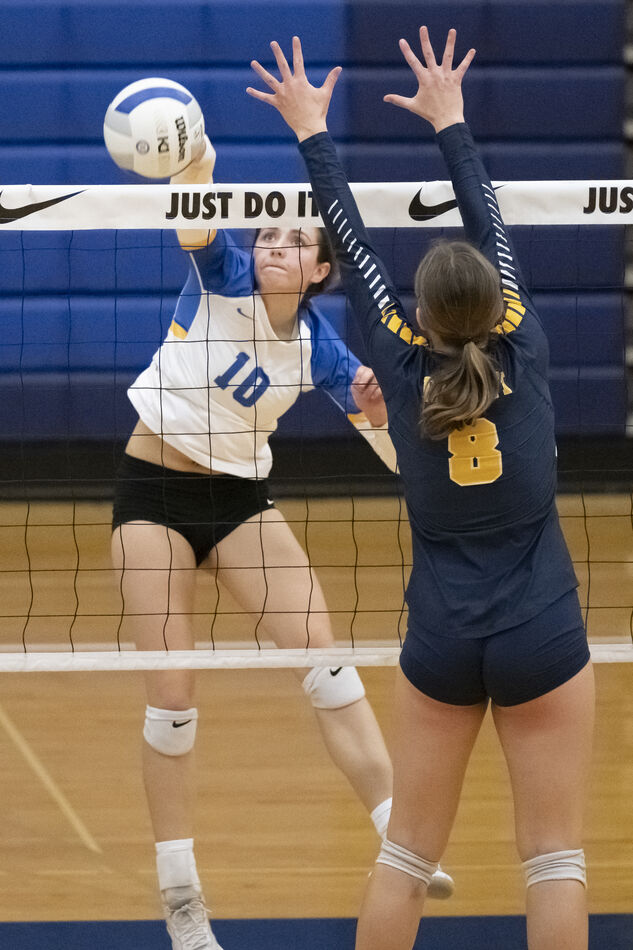 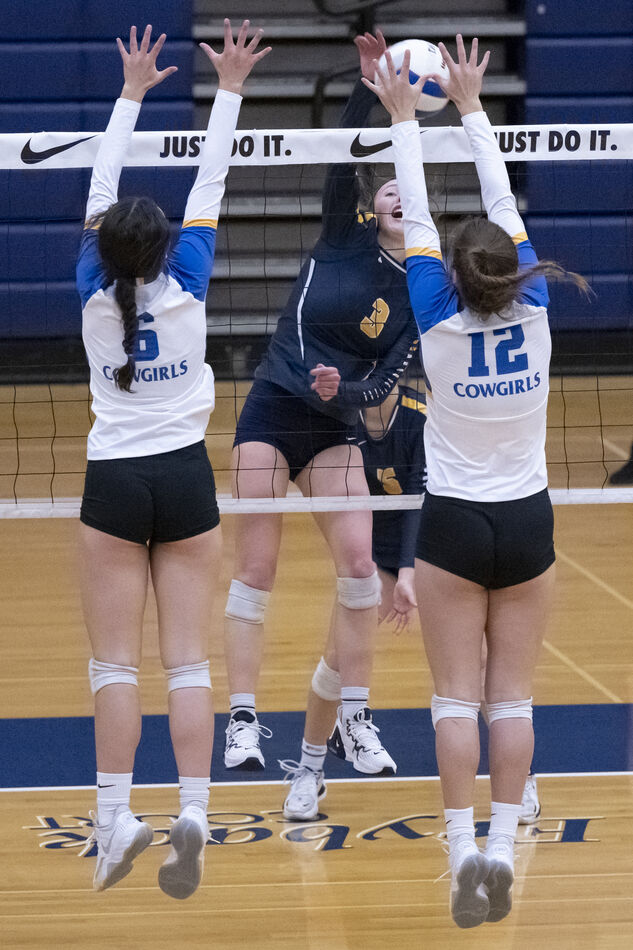 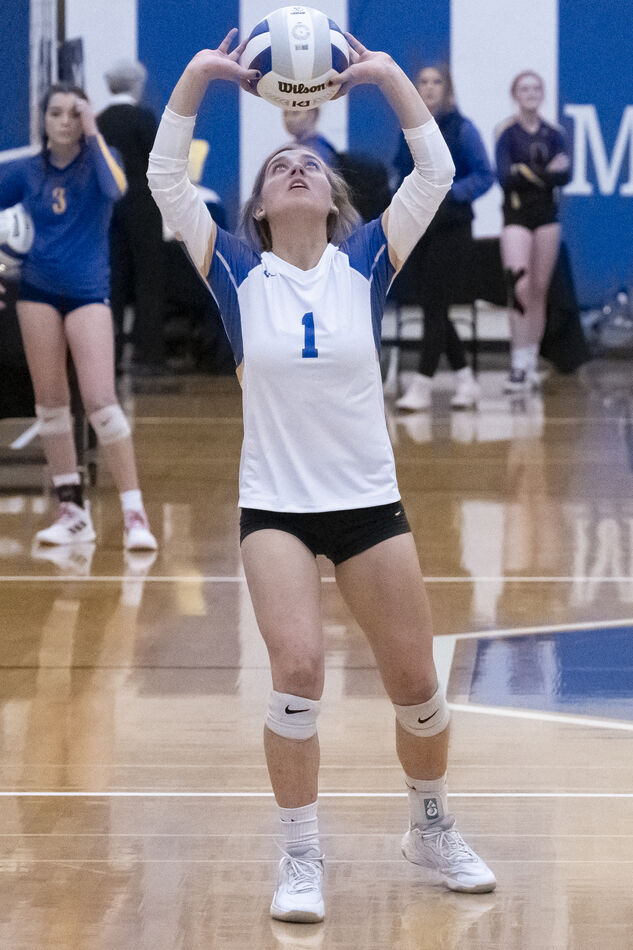 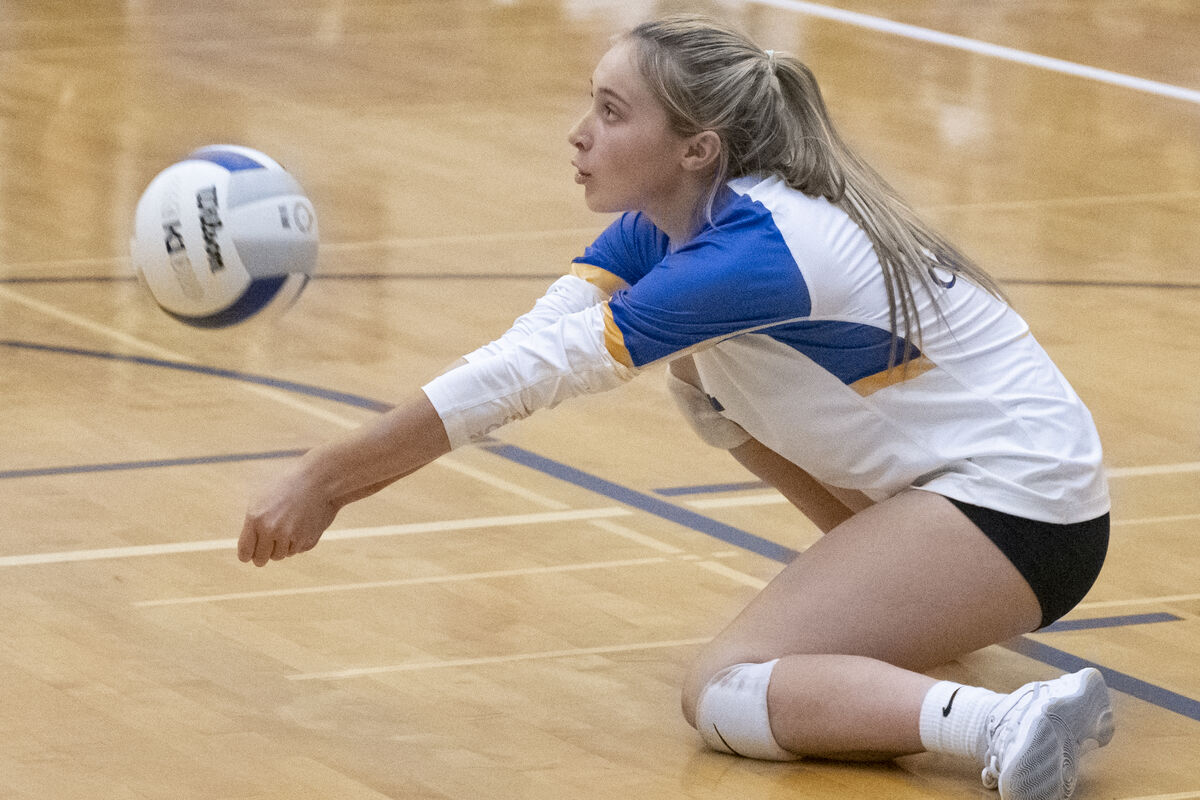 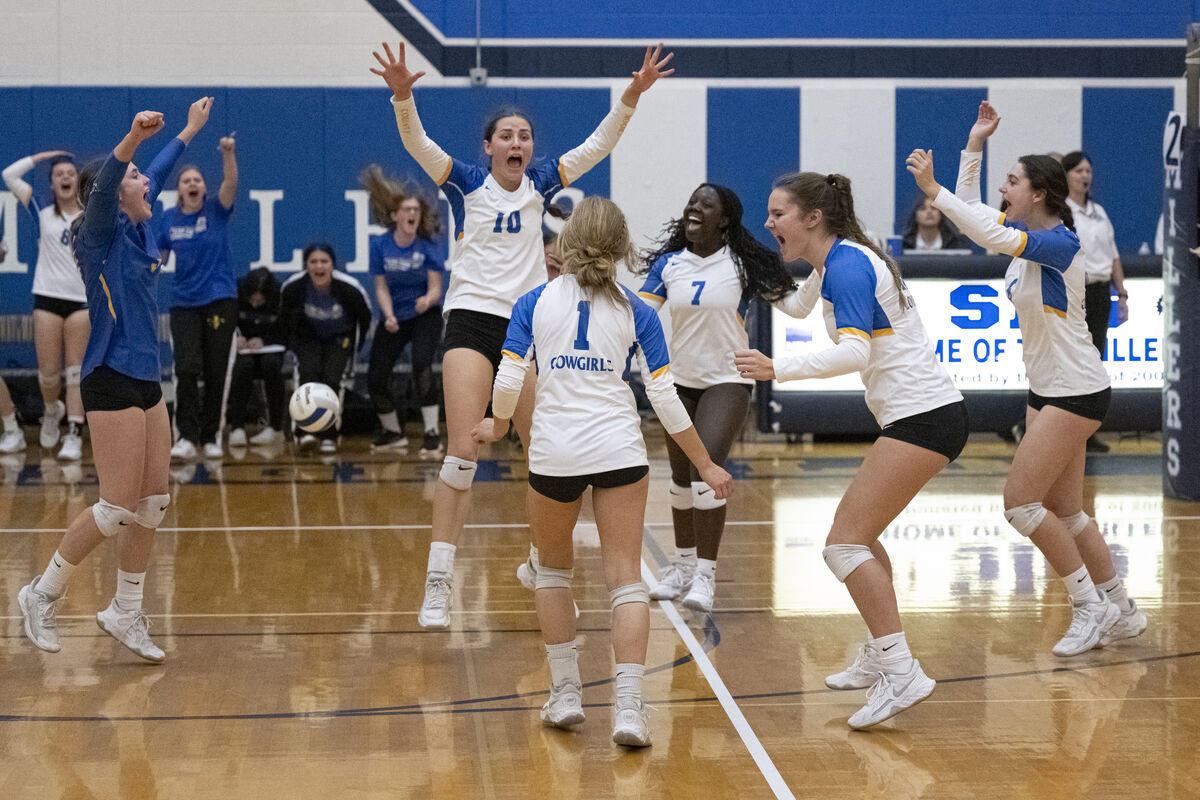 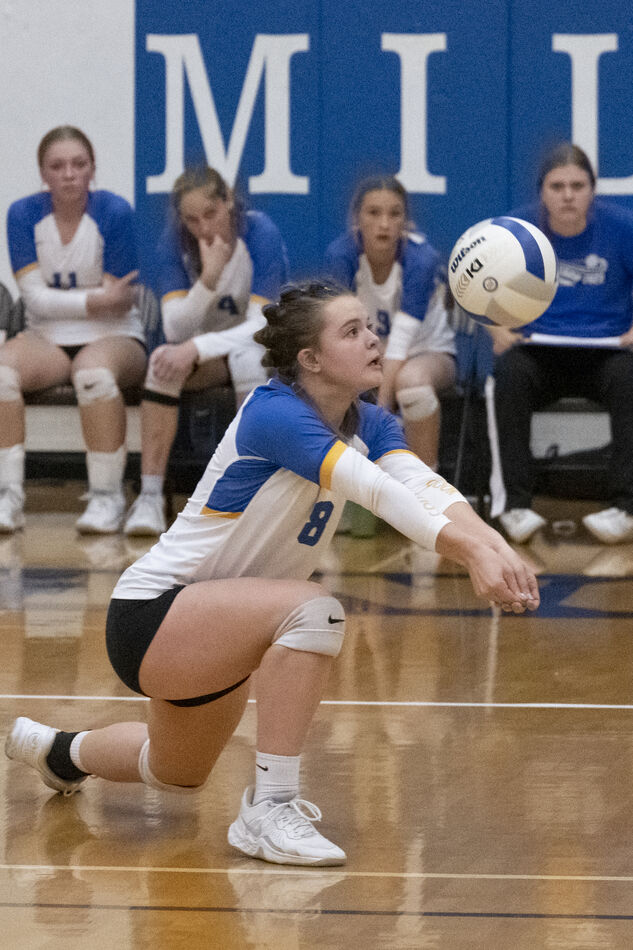 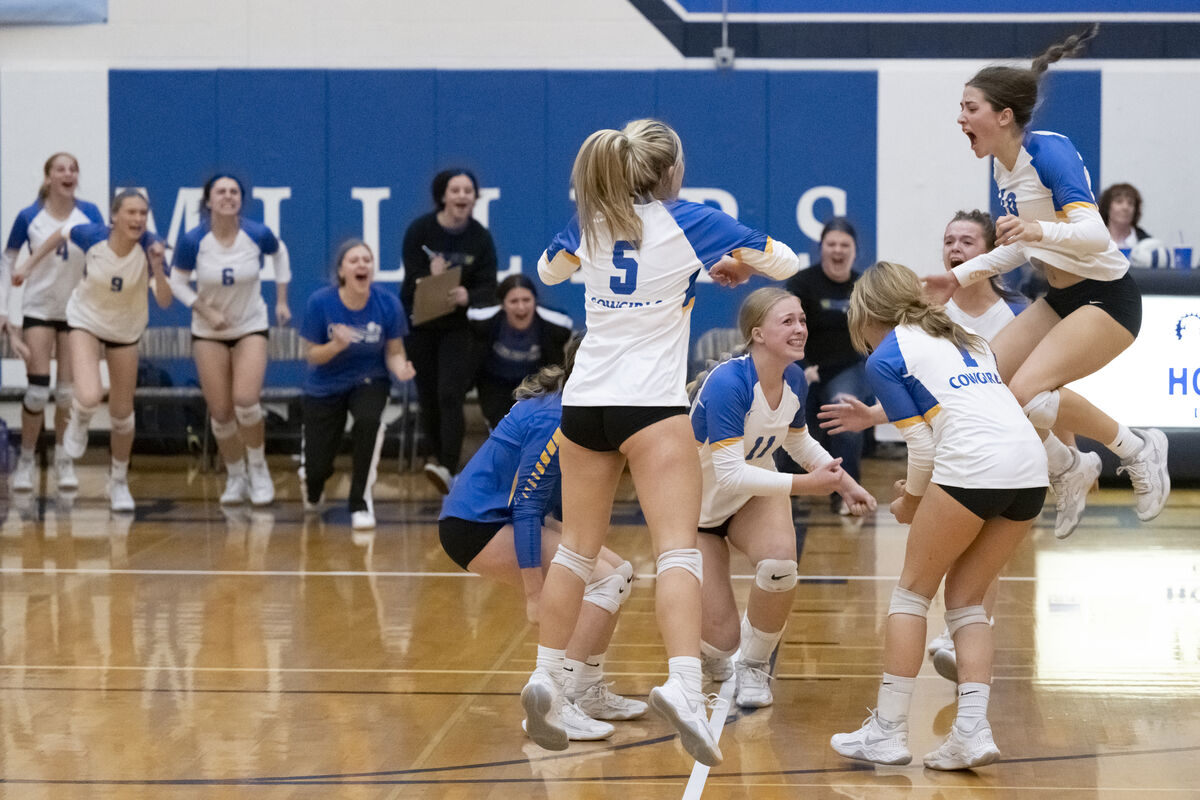 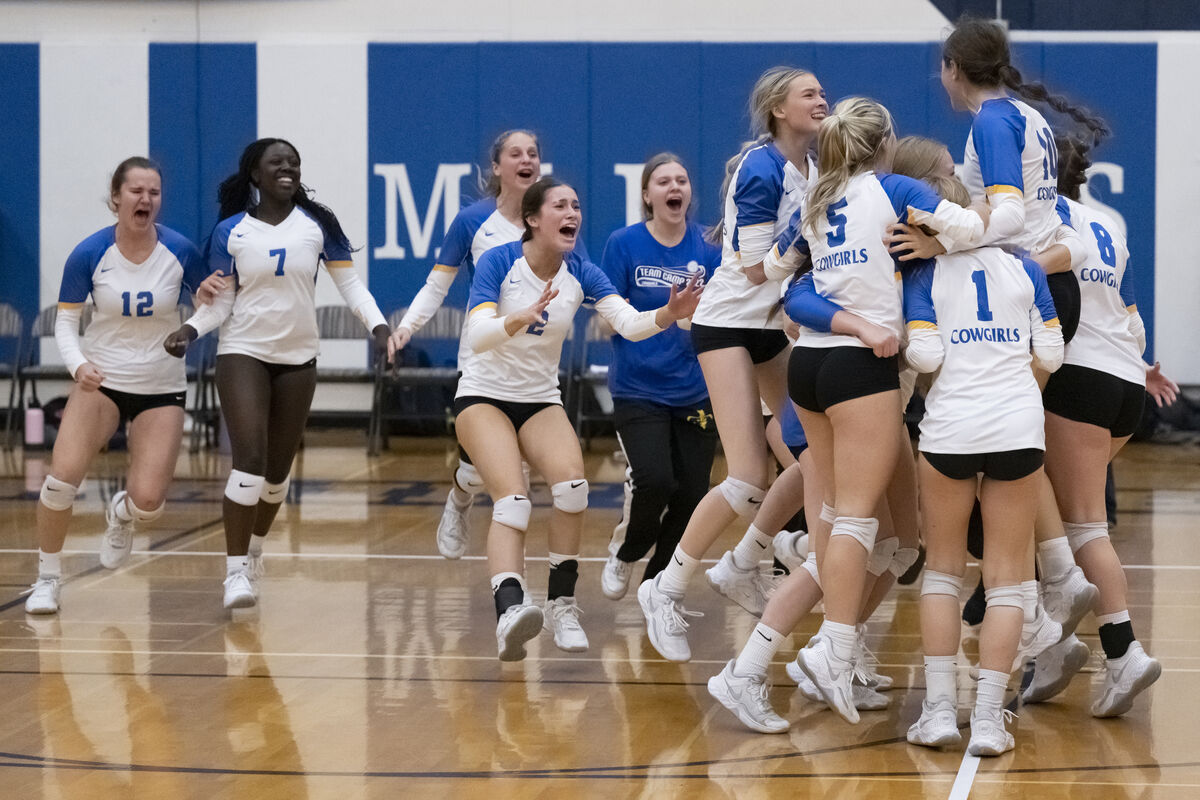 pnittoly
VB is difficult to capture. You did a great job. What camera ? Settings ? Post processed ? Thanks. Paul

Nikon Z9 ISO 10,000, F2.8, 1/1000th of a second. Shot in raw, opened in Photoshop with slight adjustment for noise and to raise the light level in the shadows. No other post processing.

pnittoly
Thanks for sharing. Paul