Smudgey Loc: Ohio, Calif, Now Arizona
While camping in Greer AZ, this thing came rolling in, and I have never seen anything like it. What do you think it was originally. It looks to me to have once been part airplane, what do you think. 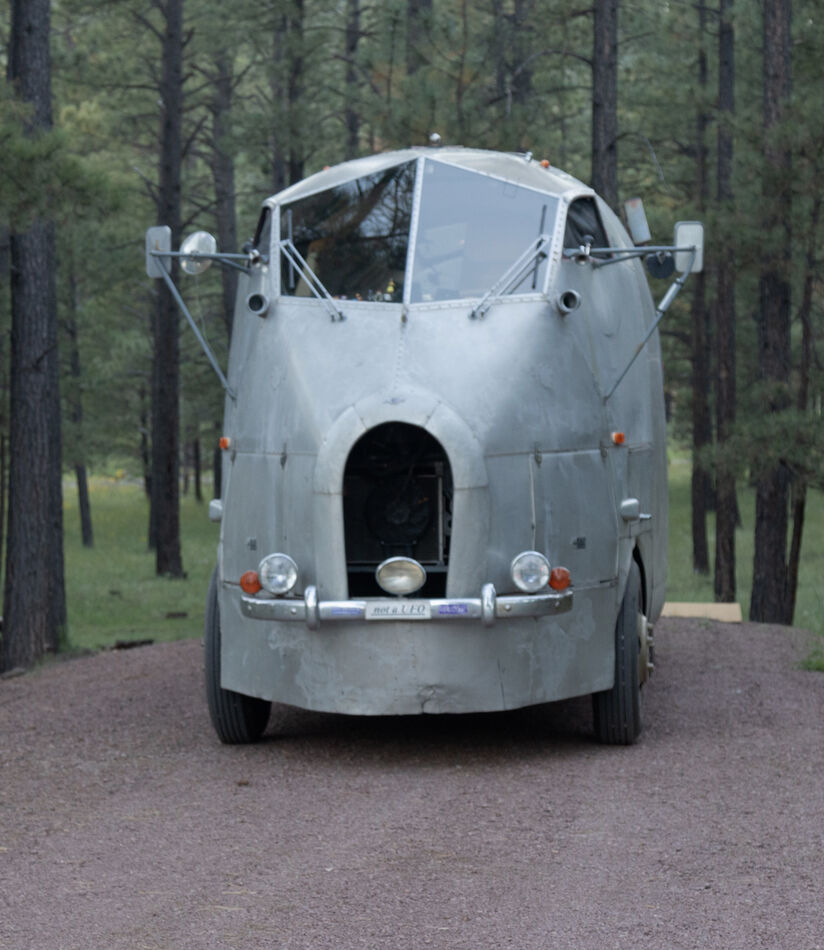 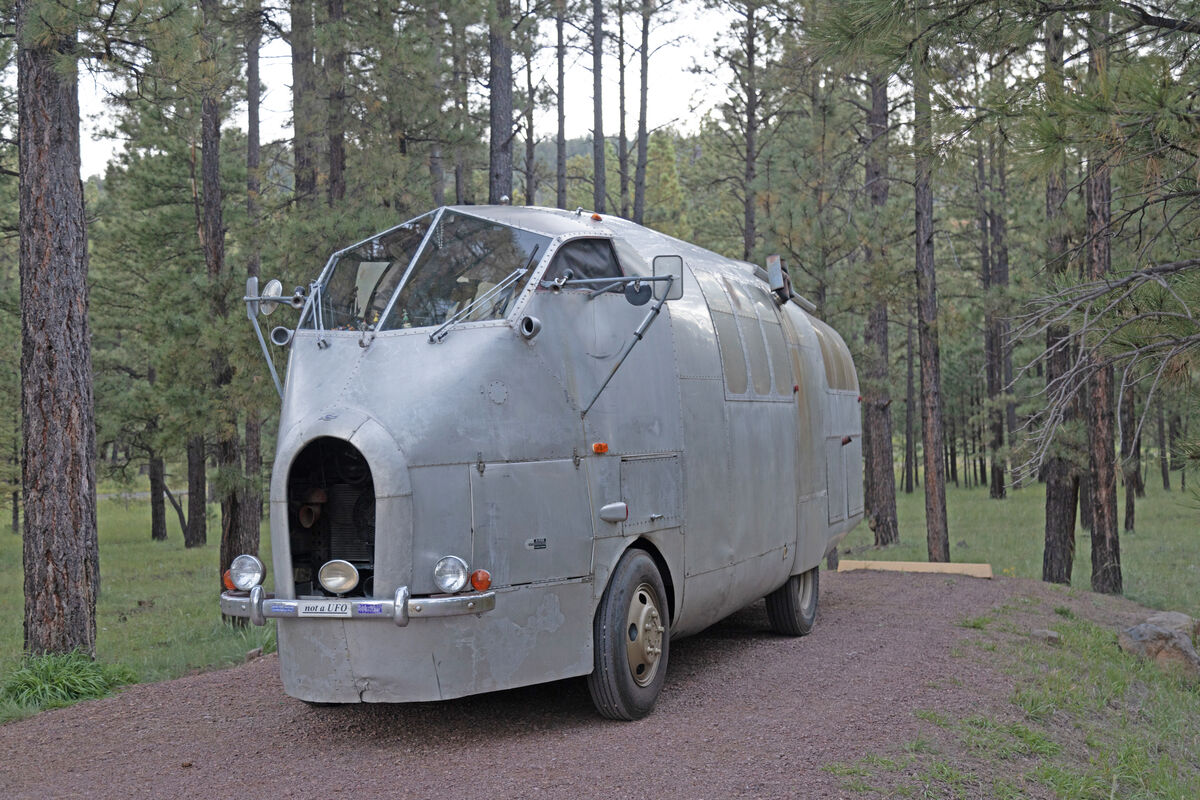 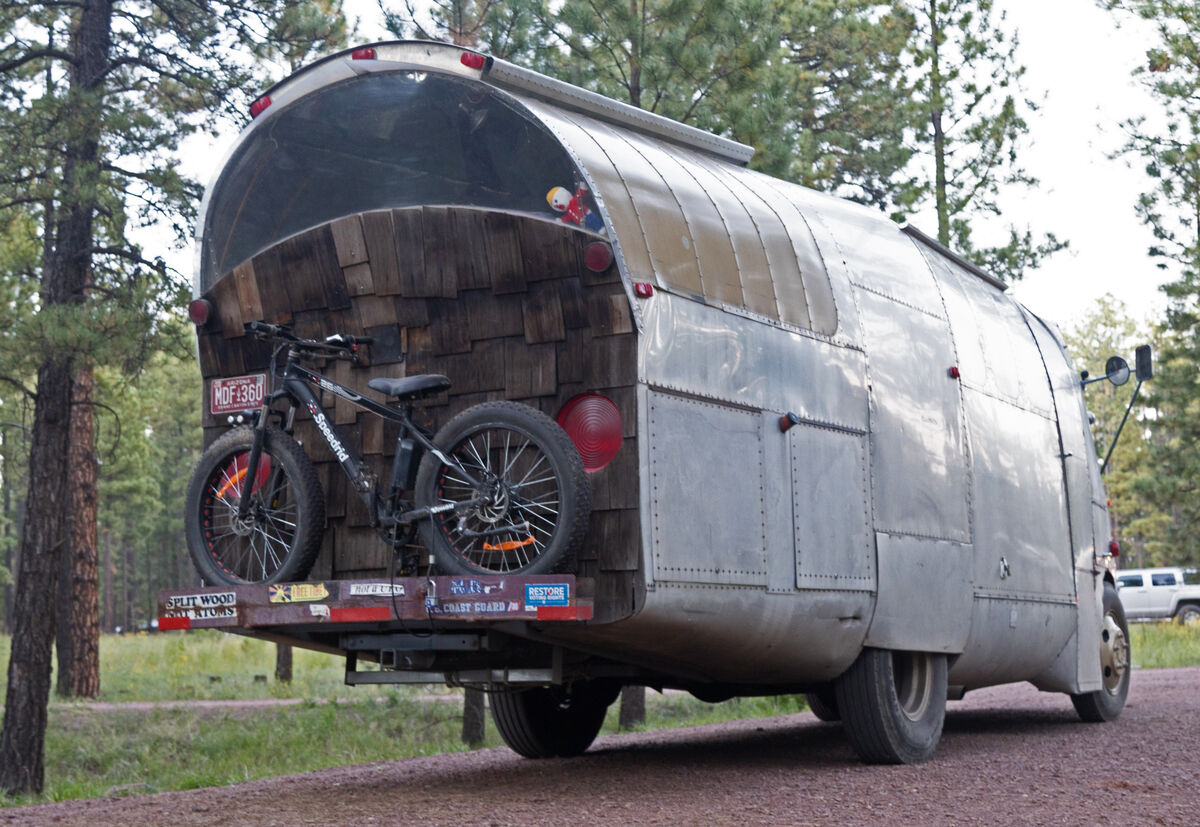 luvmypets Loc: Born & raised Texan living in Fayetteville NC
Wow!! That is really odd! I am going to agree with you on it being an old airplane.

Reply
Sep 21, 2022 13:00:22   #
MrBossHK Loc: Low Country of South Carolina
That creation is a visual representation of the results from the old Johnny Cash song, "One Piece at a Time".

robertjerl Loc: Corona, California
I did a Google image search using your second picture and came up with more pictures, and one led to a post on a Dodge diesel truck forum about engine problems with its Cummins engine.

Just Shoot Me Loc: Ithaca, NY
Love the shingle siding on the back.

Fstop12 Loc: Kentucky
Well, that's a conversation starter for sure!

samantha90 Loc: Fort Worth,Texas
Looks like something out of the road warrior movies.

ejrmaine Loc: South Carolina
I hope it's mechanics are in better shape than it's aesthetics.

Reply
Page 1 of 3 next> last>>
If you want to reply, then register here. Registration is free and your account is created instantly, so you can post right away.
General Chit-Chat (non-photography talk)
Home | Latest Digest | Back to Top | All Sections
Contact us | Privacy policy | Terms of use | DMCA
UglyHedgehog.com - Forum
Copyright 2011-2022 Ugly Hedgehog, Inc.