Ugly Hedgehog - Photography Forum
Home Active Topics Newest Pictures Search Login Register ☰
Photo Gallery
My English Springer Spaniel
Page 1 of 2 next>
Sep 13, 2021 12:39:14   #
BadDog Loc: Manchester, CT
I few years back I entered my dog Cooper in a Shooting Dog Championship that was held at Nod Brook, Simsbury, CT. Cooper took first place. In the second picture, Cooper had flushed the Chukar Partridge, and it shows that he was just about to catch it in mid-air. The other retrieve pics are of other birds. Sandy Kean, from Baskwoodphotos took pictures at the event, and forwarded me some pictures she took of Cooper in the field. I was going through our photos when I came across these that I think are worth showing off.......BadDog 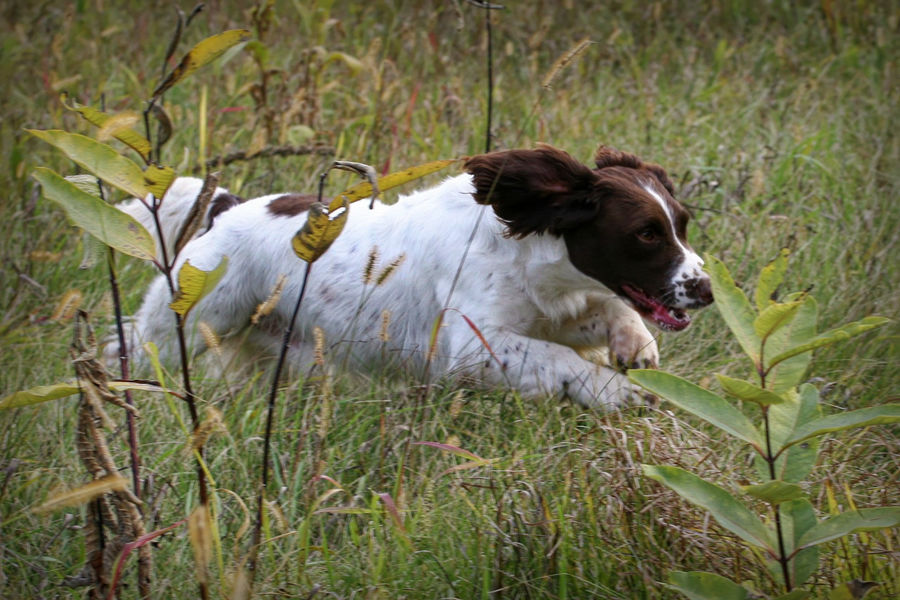 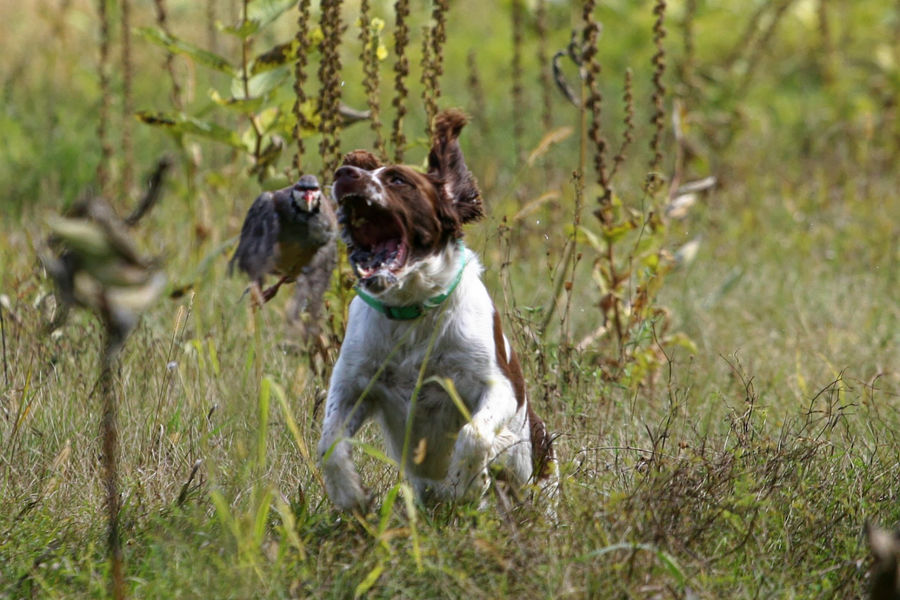 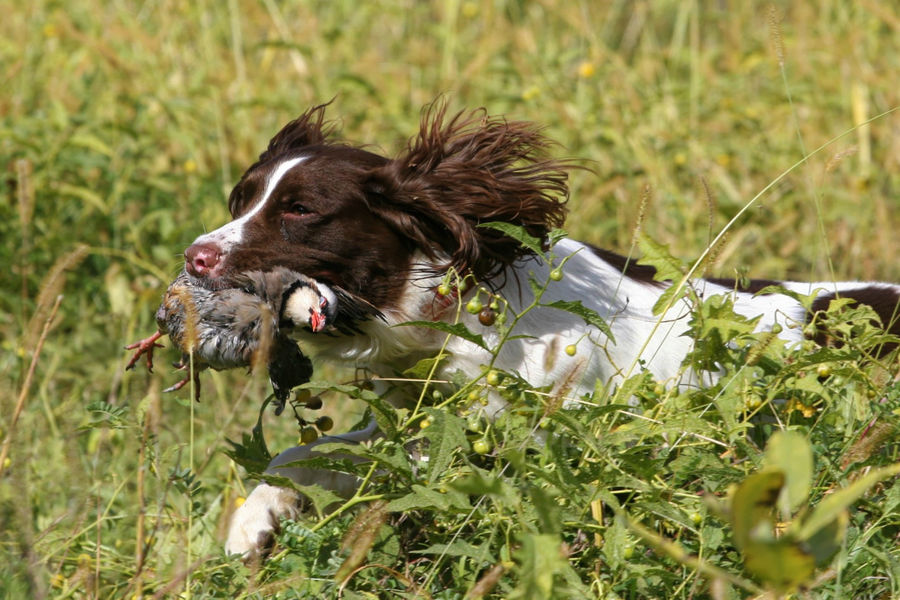 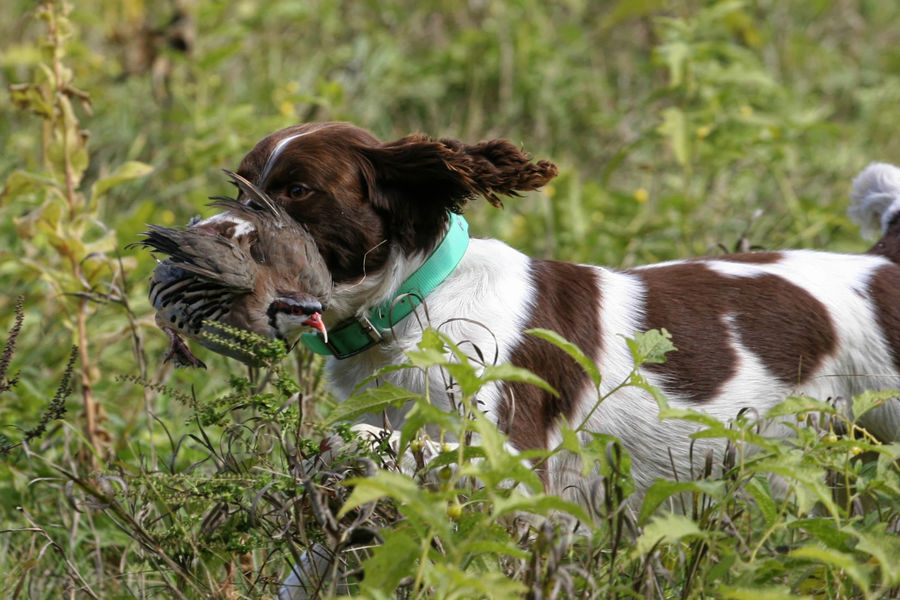 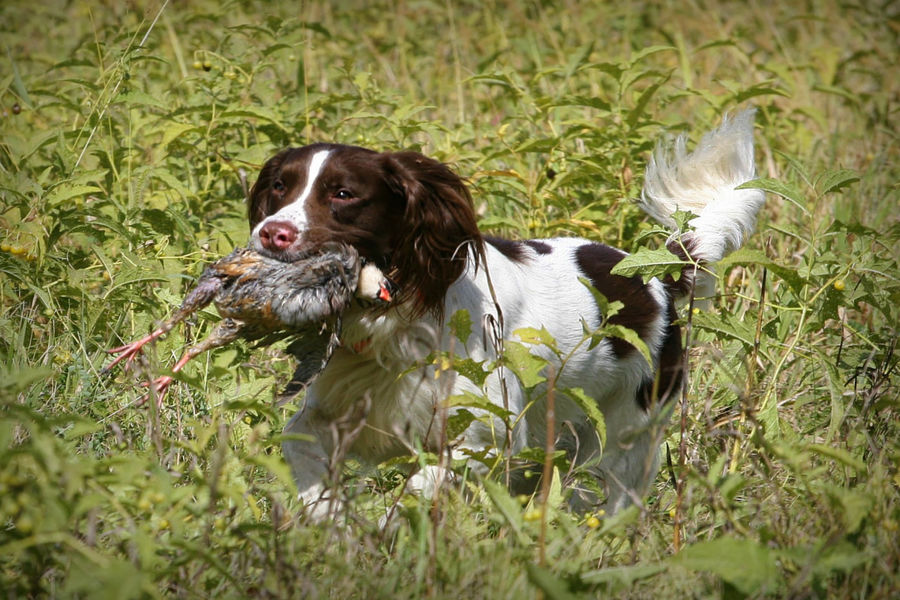 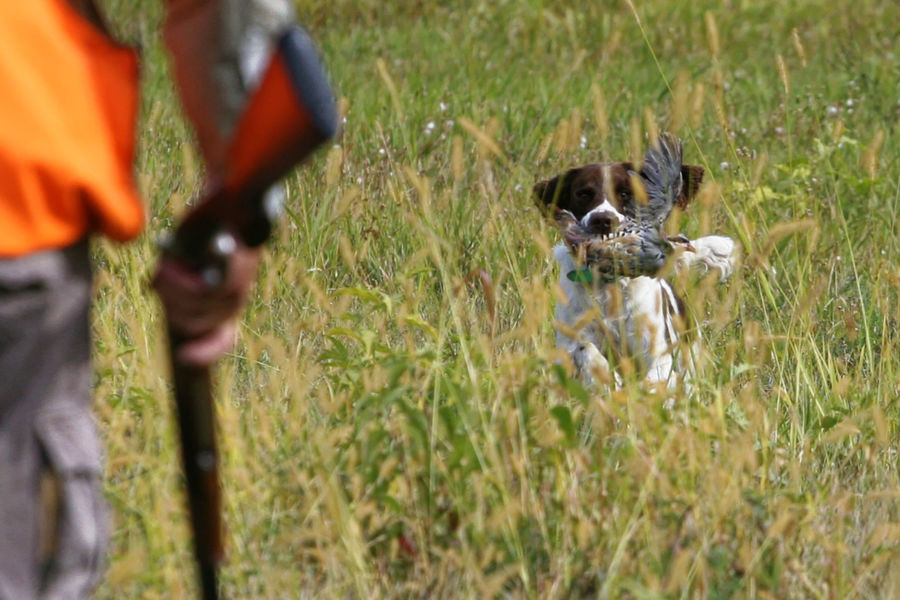 Reply
Sep 13, 2021 13:39:07   #
levinton
Wow, what a wonderful and beautiful dog, also beautiful in work. Also love
that his tail is not bobbed, which I have to say I have seen commonly in English
and Welsh Springers. Is it different for "real" hunting dogs?
So cool!
Jeff

quixdraw Loc: American Free States -- Montana
Excellent photos, amazing dog. Many years ago I hunted Pheasant over a Springer and a Weimaraner, the latter soon wore out. The Springer worked wonderfully all day and I'll never forget how he jumped straight up to look over the tall weeds. The dog had the same coloring as yours. Thanks for sharing!

Reply
Sep 13, 2021 14:41:48   #
BadDog Loc: Manchester, CT
levinton wrote:
Wow, what a wonderful and beautiful dog, also beautiful in work. Also love
that his tail is not bobbed, which I have to say I have seen commonly in English
and Welsh Springers. Is it different for "real" hunting dogs?
So cool!
Jeff

Jeff, his tail is docked, but not down to become Bob-tailed. It is about 1/2 the normal full length. There has been lots of pressure not to dock the working dogs tails, because it is cruel on two day old pups. I can appreciate not docking the tails on non-working dogs. Unfortunately not docking English Springer tails causes major problems for field Springers.

Back four liters ago, being pressured not to dock tails on our liters, I didn't dock one litter. We kept one of the pups from the litter. We was trained and field trailed. What happed to the dog made me sick. Springers have very active tails. While they are in the field, the swinging tail hits a lot of everything. His tail would get bruised, bloody and infected and cause him tremendous pain. I can still hear him crying. The vet told me that shortening his tail after he had grown up would be an amputation, and did not advise doing that. So I made a multiple layer cordura tail sleeve I used to slip over his tail and then duck tape it to his fur to stay on. It took a while for him to get used to it, and it worked to keep his tail in good shape. So I now went back to dock the tails (1/2 length) on all the new pups.......BadDog

Great dog and a fabulous catch of his exuberance 🎖️✳️💎✳️🎖️