Ruohomaa was born in 1916 in Massachusetts to Finnish immigrants but moved to a farm near Rockland, Maine at an early age. As a young man he quickly carved out a place for himself in the commercial art world. He joined Black Star in 1944 and his work from around the country and world soon appeared on the covers and in the pages of Life, Look, Time, Saturday Evening Post, and The National Geographic. Edward Steichen chose one of his photographs for inclusion in the Family of Man, a photo essay celebrating the universal aspects of the human experience presented in 1955 at MoMA. The exhibition subsequently toured the world for about eight years.

However, Ruohomaa’s camera was never far from Maine. His passion for his roots, his rustic early life, and his poet’s eye led him to portray Maine folk life. Sadly, he died in 1961 at the age of 47.

In 2017, Black Star (which still owns the copyright to Ruohomaa’s work) donated the archive of his images in various film formats, together with his notes, to the Museum. The Museum is creating high resolution digital images of the photographs (most of which have never been published) in a collection database to share with the world.

The evolving exhibition, entitled Kosti Comes Home, can be accessed on the Museum's web site.

Two books about Ruohomaa's work, Night Train at Wiscasset Station and Kosti Ruohomaa: The Photographer Poet, are out of print but still available in various editions from Amazon.

MDI Mainer Loc: Mount Desert, Maine
There are several old links out there, and the exhibition is evolving, but this should work.

At the top right of the screen click on menu, and that will lead to the individual galleries.

The Museum also has an extensive collection of photographs from other artists.

MDI Mainer Loc: Mount Desert, Maine
According to Wikipedia, in 2003, Black Star's archive of 292,000 prints, created by more than 6,000 photographers was acquired by Jimmy Pattison, a Canadian businessperson. In 2005, he donated it to Ryerson University in Toronto. In 2012, the Ryerson Image Centre was opened to house the collection.

The Center remains closed due to Covid, but a few photos from their Black Star collection is on line:

MDI Mainer Loc: Mount Desert, Maine
Kosti and camera and a news clip about the project from 2018. 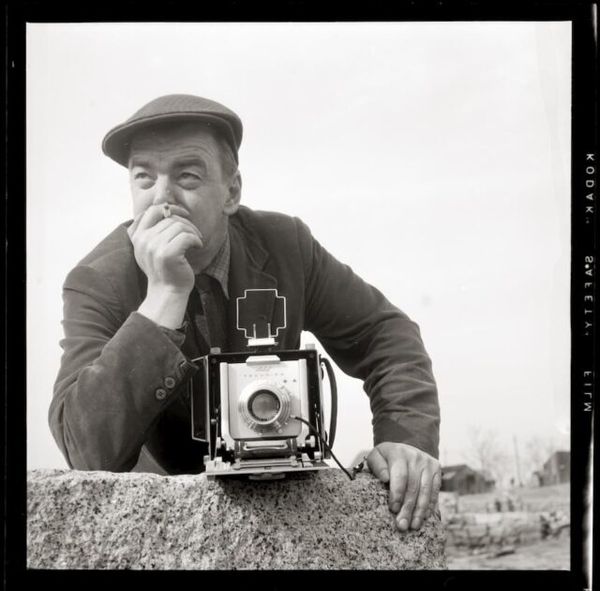 MDI Mainer Loc: Mount Desert, Maine
An article on Monhegan Island appeared in the February 1959 issue of National Geographic. Kosti's notes for this assignment can be viewed here: 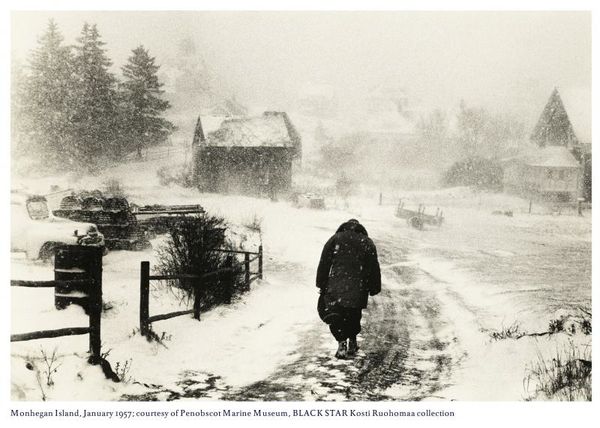 ygelman Loc: new -- North of Poughkeepsie!
I looked at a few of his photographs from "On Assignment." Very appealing. What is your connection to the Museum?

MDI Mainer Loc: Mount Desert, Maine
ygelman wrote:
I looked at a few of his photographs from "On Assignment." Very appealing. What is your connection to the Museum?

None really, my wife and I are just admirers of their efforts to preserve and make accessible the work of past photographers. Searsport is about an hour away from Mount Desert Island.

We did "adopt" some historic post cards from our hometown of Somesville so they could be digitized and added to the online collection.

MDI Mainer Loc: Mount Desert, Maine
Forgot to add that the camera in the photo above appears to be a Linhof Technika III.

MDI Mainer Loc: Mount Desert, Maine
The Museum has added some new images, including this collaboration between Ruohomaa and his friend Andrew Wyeth.

Reply
Page 1 of 2 next>
If you want to reply, then register here. Registration is free and your account is created instantly, so you can post right away.
Main Photography Discussion
Home | Latest Digest | Back to Top | All Sections
Contact us | Privacy policy | Terms of use | DMCA
UglyHedgehog.com - Forum
Copyright 2011-2022 Ugly Hedgehog, Inc.