srfmhg Loc: Marin County, CA
Edinburgh Castle, a stronghold that was once the residence of Scottish monarchs and now serves mostly as a museum stands 443 feet (135 metres) above sea level and overlooks the city of Edinburgh from a volcanic crag called Castle Rock.

Castle Rock has been the site of human activity for at least 3,000 years. By 600 CE a Celtic tribe called the Votadini, or Gododdin, had built Eidyn’s Hill Fort on the rock. The first king of Scotland who is known to have made his residence on Castle Rock was Malcolm III Canmore (reigned 1058–93). His pious wife Queen Margaret, who died in the castle in 1093 and was later canonized as St. Margaret of Scotland, is commemorated in St. Margaret’s Chapel, which was built between about 1130 and 1140 on the highest point of the rock and is the oldest surviving building on the castle grounds.

Between 1296 and 1341, the castle was twice captured by English invaders and twice retaken by the Scots. David’s Tower, some 100 feet (30 metres) in height, was built to honour King David II, who died in the castle in 1371, but was substantially destroyed in a siege 200 years later. A giant cannon named Mons Meg was installed in 1457 and can still be seen. The Great Hall, which also survives, was completed by James IV in 1511. In an adjacent building called the Royal Palace is the room where James VI, the future King James I of England, was born in 1566. Following the destructive siege of 1571–73, the castle’s defenses were strengthened with the construction of the Half-Moon Battery (cannon emplacement) and the Portcullis Gate. The last monarch to stay overnight in Edinburgh Castle was Charles I, in 1633.

Edinburgh Castle was besieged repeatedly during the 17th and early 18th centuries. It was captured twice, briefly, by Covenanters during the Bishops’ Wars of 1639 and 1640 and was seized by Oliver Cromwell’s New Model Army in 1650, during the English Civil Wars. Between 1689 and 1745, after the Restoration (1660) of the monarchy, Jacobite rebels unsuccessfully besieged the castle several times in their attempts to undo the Glorious Revolution (1688), in which King James II was deposed.
Between 1757 and 1814 the castle housed prisoners of war taken by the British in the Seven Years’ War, the American Revolution, and the Napoleonic Wars. Still in use by the British military are the New Barracks (1796–99). Elsewhere on castle grounds, Scotland honours its military tradition in the Scottish National War Memorial (opened 1927) and the National War Museum (opened 1933). Edinburgh Castle is now one of Scotland’s top tourist sites, attracting more than one million visitors annually. It has been part of Old and New Towns of Edinburgh, a UNESCO World Heritage site since 1995.
Edinburgh Castle is the traditional repository of the Honours of Scotland, the country’s crown jewels. A more ancient relic of Scottish royalty is the Stone of Scone (or Stone of Destiny), which arrived at the castle only in 1996, exactly 700 years after it was removed to England. The stone is a block of sandstone upon which Scottish monarchs were traditionally crowned.
Just outside the castle drawbridge is a large open area called the Edinburgh Castle Esplanade, where grandstand seating is installed annually for an international military music festival called the Royal Edinburgh Military Tattoo and for other summer concerts. An event that takes place with greater frequency is the firing of a loud cannon on castle grounds at exactly 1:00 PM six days a week. The One O’Clock Gun, as it is known, was first fired in 1861 as a timekeeping service for ships anchored on the nearby Firth of Forth.
The crowds were overwhelming and a long wait to see the crown jewels. The war memorial was incredible but unfortunately no photos were allowed. I hope you enjoy these imahes of this historical place.
Mark 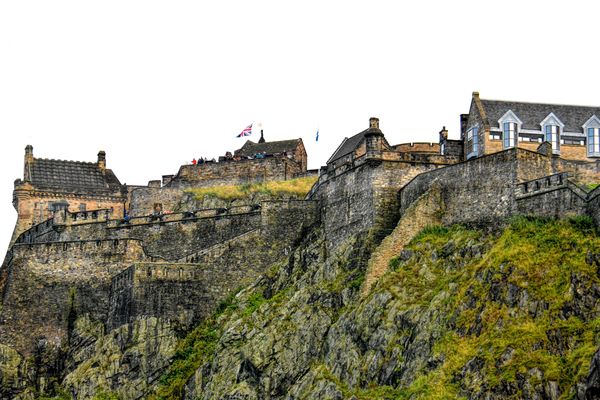 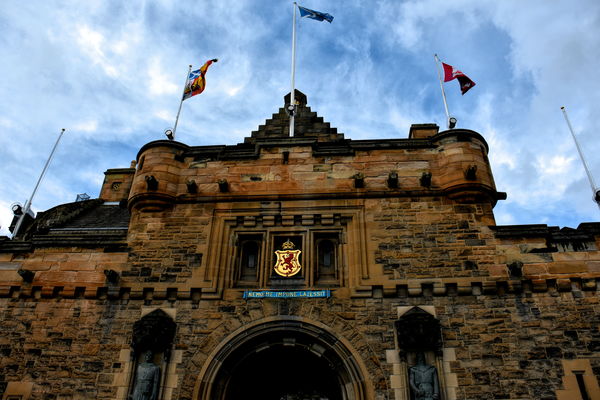 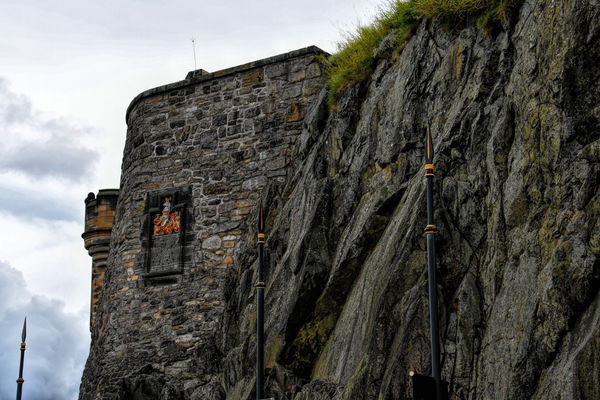 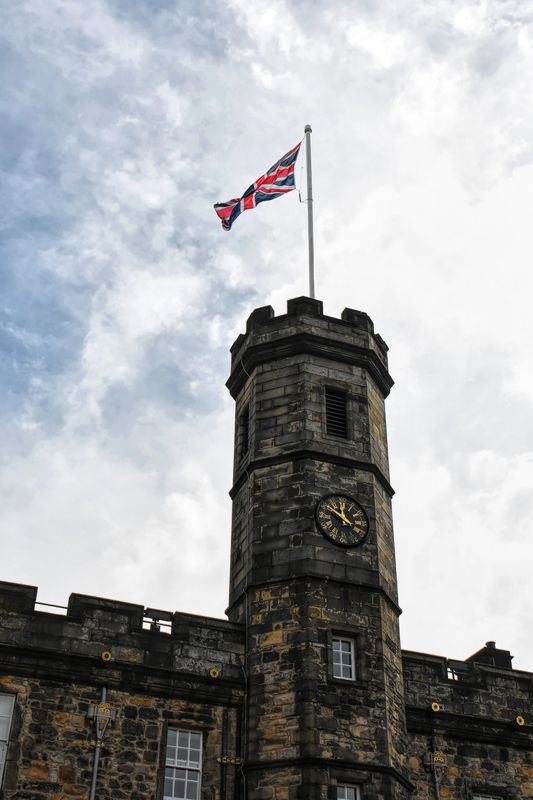 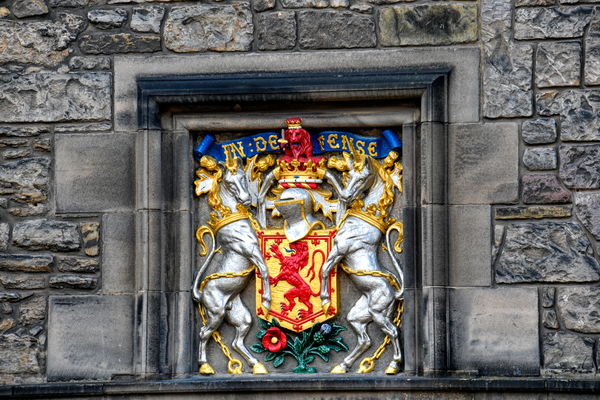 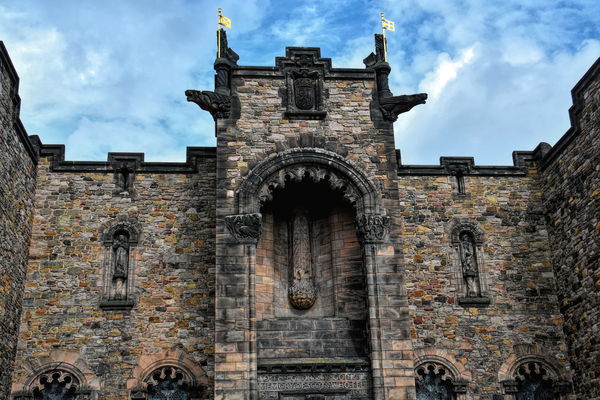 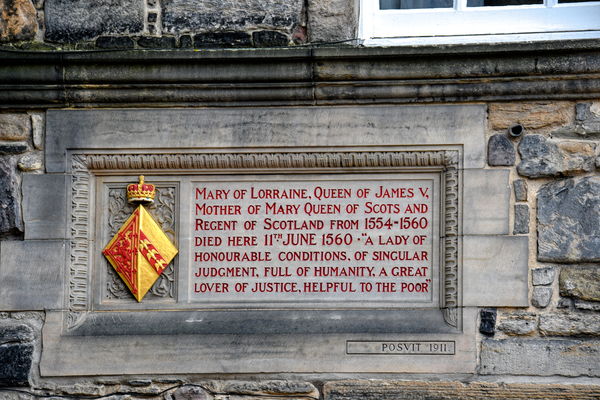 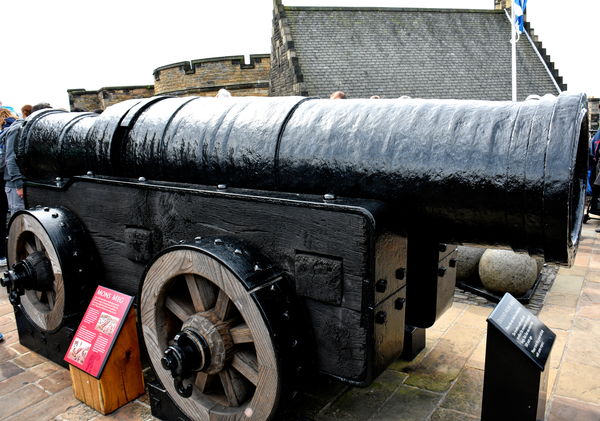 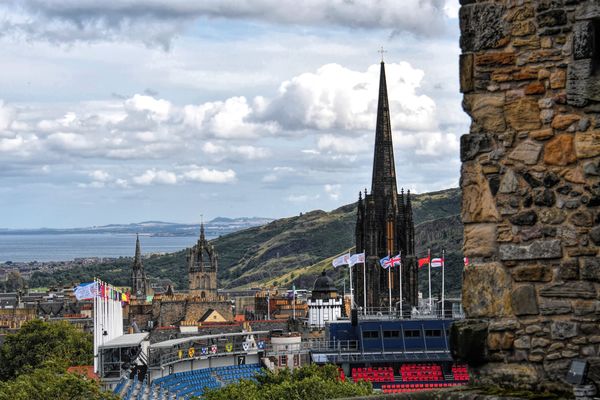 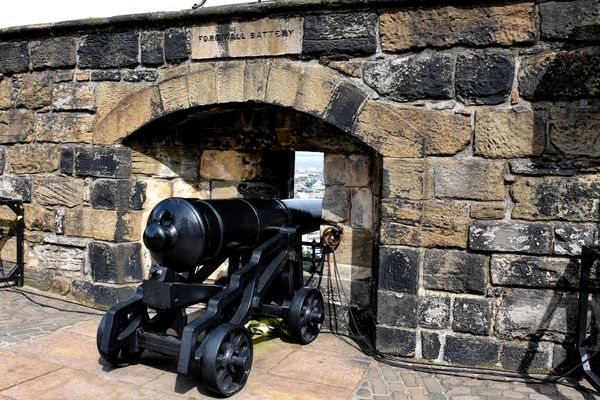 Thanks Aubrey. Much appreciated!

kpmac Loc: Ragley, La
Another fine set, Mark. And thanks for the narrative.

srfmhg Loc: Marin County, CA
kpmac wrote:
Another fine set, Mark. And thanks for the narrative.

Thanks so much for commenting Ken - and reading the narrative!

Notable thing I remember is the War Memorial lists the Scots who died in WW-1 in the Dardinelles...
I was shocked by the number of names on this list.
The tiny country gave up many of it's sons in this war.

And that cannon is LOUD!

AzPicLady Loc: Behind the camera!
Nice set. Thanks for the tour and the info.

yssirk123 Loc: New Jersey
Beautiful images Mark - thanks for including us on your trip.

jaymatt Loc: Alexandria, Indiana
Nice photo essay and narrative, Mark. My having ancestors from Scotland, I thoroughly enjoyed this post and all the others you've posted.