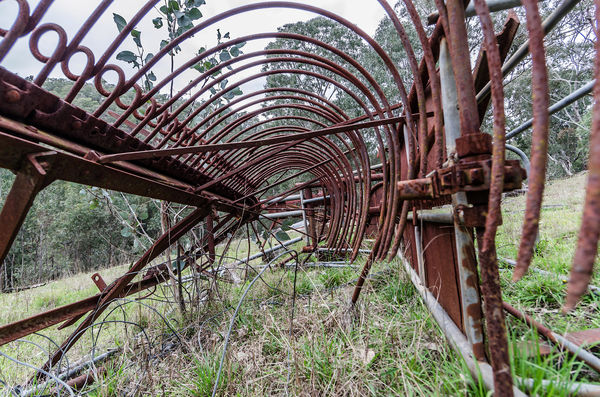 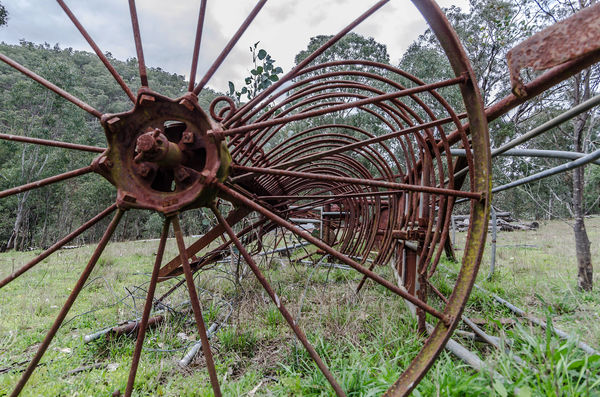 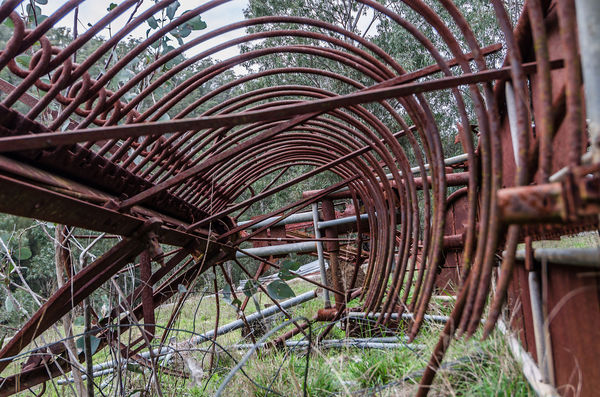 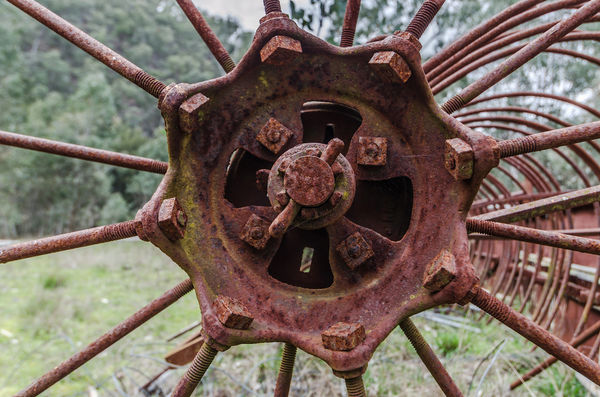 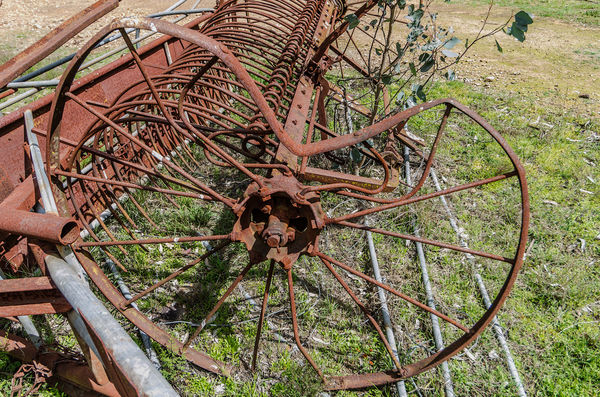 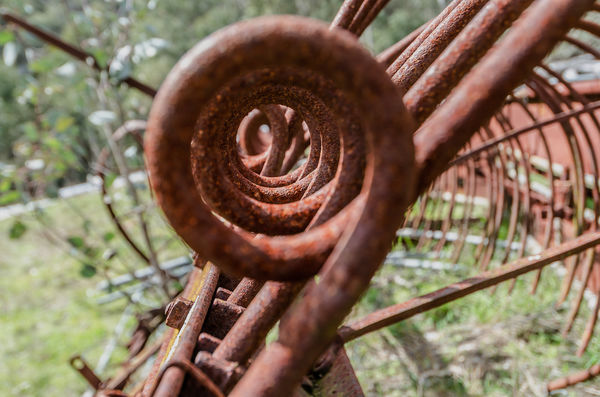 Cwilson341 Loc: Central Florida
Interesting shots from creative perspectives. Doesn’t look like it will be doing any more raking!

jaymatt Loc: Alexandria, Indiana
Nice ones. Those old dump rakes have been passed up by technology, but they certainly did their job at the time.

Reply
Nov 14, 2019 16:02:23   #
RodeoMan Loc: St Joseph, Missouri
How many hoggers (other than jaymatt, maybe) have ridden on one these dump rakes being pulled around a hay field? When you got even with a previously established windrow, you would trip it and Clang! up would go the row of teeth. leaving the accumulated hay on the ground. The side-delivery rake which could operated by one person and which was much faster mostly eliminated the need for the old dump raker. The teeth which were made from tempered steel are sought after by tool makers. Great pictures by the way. Thanks for sharing.

A fine capture of the antediluvian subject. The various angles made an interesting set. Thanks, John.