dansmith Loc: Southwest Alberta Canada
A few years into operation, this railway owned mine closed because the coal was unsuitable for their needs. All this massive infrastructure was abandoned. During WW 1, the equipment was salvaged for metal for the war effort, hence the removal of the wall between floors shown in the first picture.

The buildings were hastily constructed of reinforced cast concrete. Although making them pretty wasn't a priority, the remaining walls and foundations still standing some 115 years on are proof of the quality.
..inside the boilerhouse, electric generation building behind. 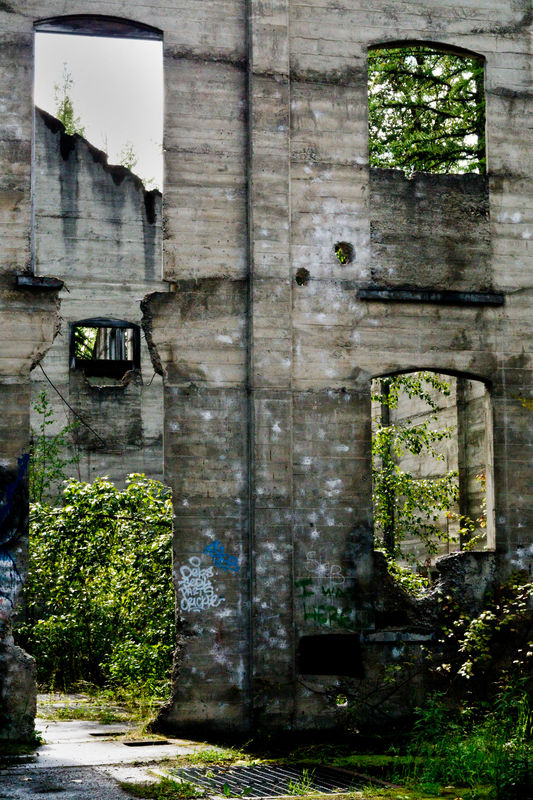 (Download)
..there are several of these piers inside the powerhouse. the steam driven generators must have been massive. 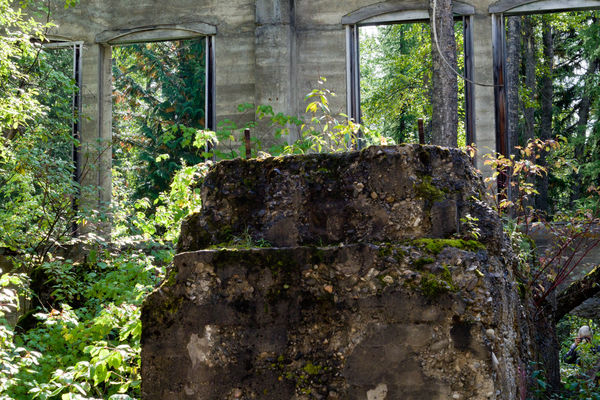 (Download)
..tunnel under the boilerhouse had a small train to remove the ashes loaded through chutes installed in the openings above. 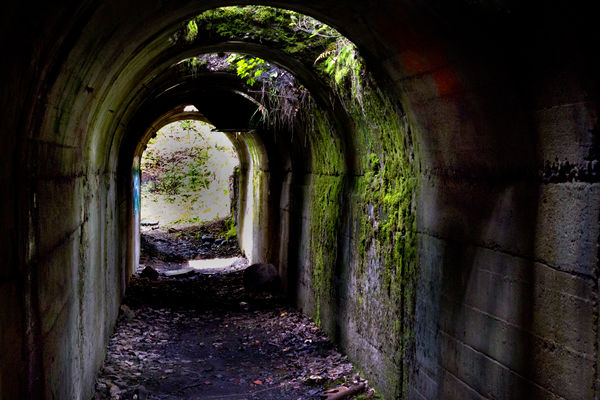 fergmark Loc: norwalk connecticut
This is just the sort of place I like to experience. I get a magical feeling, as though the place is protruding in time. The erosion of mans work, being returned to nature over time, is just as interesting to me as the forms in nature that are slowly transformed. Would love to have been with you at this place. Its an interesting story to capture in an image.

Cwilson341 Loc: Central Florida
I, too, enjoy old ruins and deserted area. This is quite interesting!

tommystrat Loc: Northwest Montana
Really liked the composition and the use of windows and arches to make a visually complex and interesting image. Thanks for posting these!

dansmith Loc: Southwest Alberta Canada
Apologies for not acknowledging all your comments earlier. These and many more shots were taken on a most enjoyable day with my friend John and our wives. John worked with the mining industry in this area much of his life and is now a very knowledgeable amateur historian especially for the Crowsnest Pass area of British Colombia and Alberta.