Jim-Pops Loc: Granbury, Texas
This was taken with a cell phone and not the best, BUT LOOK at how they are handling the ladder. This was taken at a resort in Cancun. Just a little clean up work. 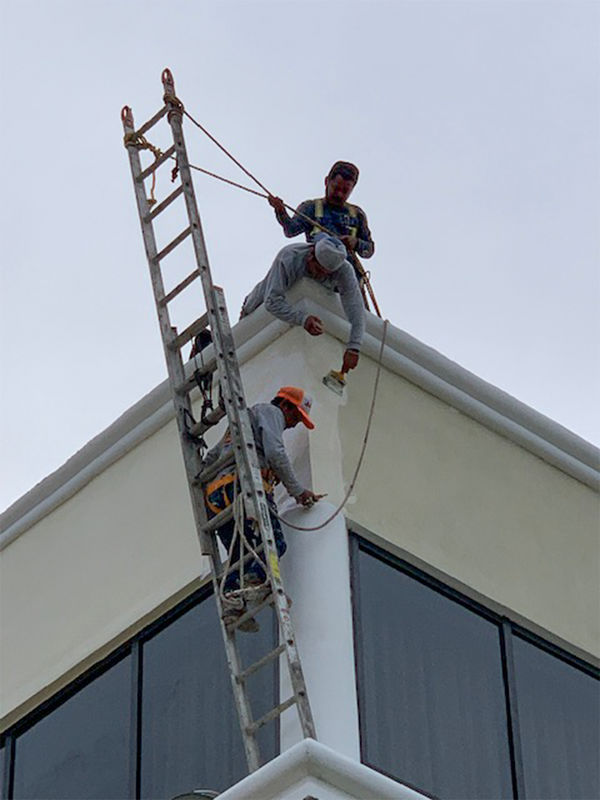 Jim-Pops Loc: Granbury, Texas
Think about it. The guy got on the ladder at ruff line then proceeded down the ladder backwards and the guy on top let out line so he had room for his decent. ABSOLUTELY CRAZY. 🤪 I don't think OSHA was in the neighborhood.

Manglesphoto Loc: 70 miles south of St.Louis
Jim-Pops wrote:
This was taken with a cell phone and not the best, BUT LOOK at how they are handling the ladder. This was taken at a resort in Cancun. Just a little clean up work.

While not the best image it tells a story, poor people have poor ways, I would say they are proud people and earning a living by whatever means.
Not stupid!!! Maybe about desperate.
Frank

Richard Engelmann Loc: Boulder, Colorado
I think the man on the ladder is wearing a harness attached to an anchor rope leading to the roof and maybe the ladder ropes are tied to that, too. Unfortunately, workers are often exposed to hazards unnecessarily. Yesterday I had contractors refinishing a hardwood floor in my home. One of them wore no hearing protection and it was deafeningly loud. He declined my offer for earmuffs and told me that after a while he doesn't hear it anymore (no kidding).

AzShooter1 Loc: Surprise, Az.
Wow! Great capture of some crazy guys doing what they've got to do to get the job done.

AzPicLady Loc: Behind the camera!
That's a great find and capture. I call this "living by one's wits." Which is something our multiple laws don't allow us to do very much!

Curmudgeon Loc: SE Arizona
First what a great shot. Who cares if it was shot with a old cell phone or a D5, it does the one thing a photo should do--It Tells A Story.

The thing is OSHA was designed to protect idiots from themselves. The ladder is at the correct angle to hold the feet solidly against the wall. I would prefer the ladder was "tied off" rather than being held by a person. The painter appears to be belayed by a third person but I would prefer there be considerable less slack in the safety line. If you overlook the outrageous design it accomplishes it's task admirably and with relative safety. 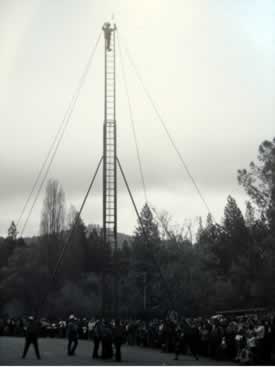