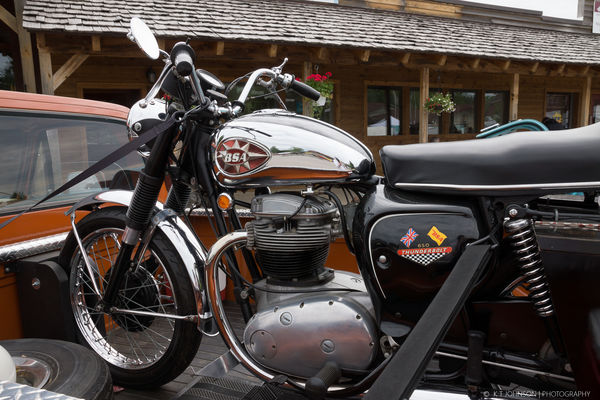 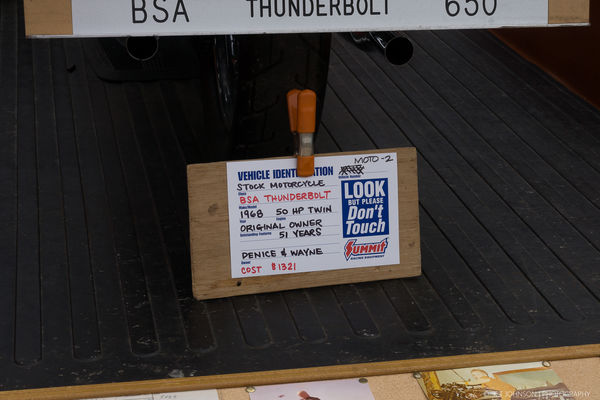 Just watched Grantchester last night! Yeah, he's going to be a character. Lots of plot twists amongst the murders.

Curmudgeon Loc: SE Arizona
Nice shot. Only problem I had with the early (60s) British bikes is that they would vibrate your filling out.

TriX Loc: Raleigh, NC
Nice! I rode a BSA (beesah) very much like this in the mid 60s.

johneccles Loc: Leyland UK
I used to live in Birmingham when these BSA's were being manufactured. BSA, which stood for "Birmingham Small Arms" as guns were made there during the war.
Locally BSA stood for "Bits Scaps and Allsorts" because that is what they were made from initially.

Travelin' Bud Loc: New Mexico, Central Ohio & Eastern Kentucky
I love Beezers (and Nortons & Triumphs)! Rode a pretty metallic purple '66 Lightening for a summer and owned a chopped '72 Norton Commando. Didn't mind the vibrations from any of them, though the rubber mount Norton was the lesser.

Blair Shaw Jr
I so loved this bike back in the day......thanks for letting me see her once again. Loved her.

Same here! I am also a fan of those old bikes, my favorite being the BMW opposed cylinder. I had quite a few "rice burners" with a faithful "water buffalo" giving me up to 20,000 miles one year.