When using the lens + teleconverter there was more AF "hunting" than I'm accustomed to with the lens alone. Partly that was because the 7D Mark II I was using only has a single "f/8 capable" AF point (out of 65), right at the center. Plus all the branches of the tree and a lot of background detail behind the tree (more trees and a building at some distance) were "distracting" to the AF. I paced it off this morning and those shots were from about 8 or 9 feet. That's too close to use the lens' focus limiter too, which is only a "2-stage" on the 100-400 II: Full range or 3 meters to infinity are the only choices and were no help because most of my shots were within 3 meters (approx. 10 feet). The lens is plenty close focusing... to just over 3 feet or approx. 1 meter... almost 1/3 life size. If I could recommend anything to Canon, it would be that the 100-400 II really should have a 3-stage limiter with a third "close focus" setting that has a range from from that minimum focus distance to around 10 or 15M. That would be useful in situations like this.

Once I got the AF more into range either by focusing on a larger target nearby or by manually focusing, the AF was fast. Little different from when using the lens without a teleconverter.

But those birds are FAST! They swoop in "en masse" and gobble down berries as fast as they can, then dash off to nearby trees with more cover. If one bird takes off in a panic, they all do!

There was a flock of more than 100 waxwings visiting for "brunch"... plus several sparrows and even a couple robins. There are around a dozen of those trees with the berries they love to snack on (not sure why, I tasted a couple of the the berries and they're pretty bland). They start with the most distant and least disturbed by people walking by, strip that tree of its berries, then move to the next. The one in these shots I was able to park near to and use my car for cover. There's one tree remaining with a lot of berries, but it's shaded by a building much of the day and in the middle of a lawn, so there's no way to park near it and use a car as a blind. I was able to get fairly close this morning, though. When they are hungry and the berries start to get scarce, the waxwings get braver!

Regarding sharpness... both the example images were sized for 8x10 or 8x12 prints at 300 ppi. As such, when you look at the enlarged view on most monitors they will appear larger than they'll eventually be printed, so the image may appear "over sharpened". For example, on my monitor I zoomed my browser out to around 67% from the download of the 2nd image (the regular view... not the even larger "+" view). That's closer how the image will ultimately appear once it's printed.

FYI: I used a selective "high pass filter" sharpening technique on both images. Only the birds and the most in-focus berries and branches were sharpened (using a mask on the high pass filter layer in Photoshop). Because I had to shoot at ISO 1600, I also applied a little noise reduction (Imagenomic Noiseware). here were intermittent clouds and sun, constantly and quickly changing while I was shooting, so I needed the higher ISO to insure a fast enough shutter speed for those quick little subjects. 1st image was shot with some significant overcast... 2nd image was taken when it was momentarily a lot sunnier, which may be one reason there appears to be more fine detail in it.

Thanks to all for your kind comments. It was an interesting test of the lens + teleconverter combo. If I get an opportunity to do so, for comparison I might try to get some more shots with the lens alone. I don't know how much longer the berries will last, though! Once they're gone, the waxwings will move on to their next free lunch!

In case I don't get any more shots of the waxwings this year, here are a couple more photos taken a few years ago with a Canon EF 300mm f/4L IS USM lens on an original 7D. These are smaller and lower resolution, and not as fully finished as those two images I took and posted yesterday. 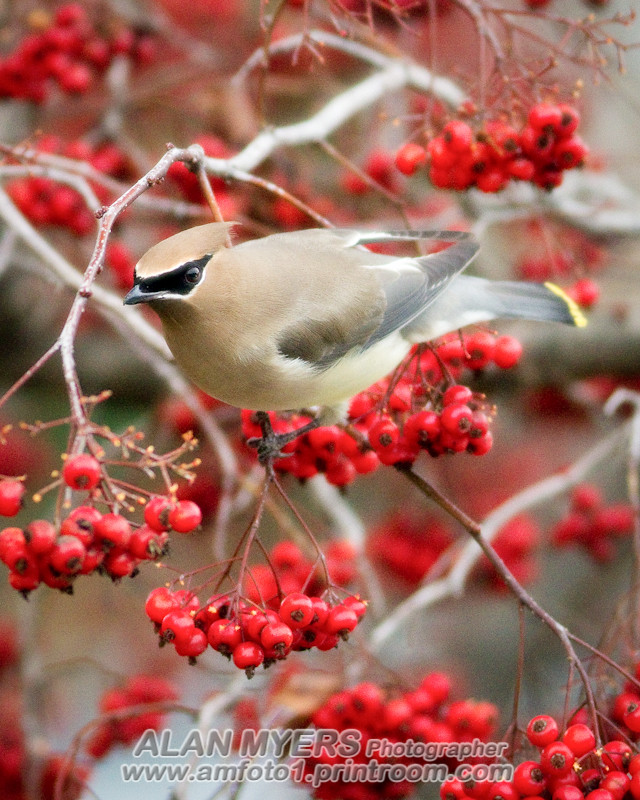 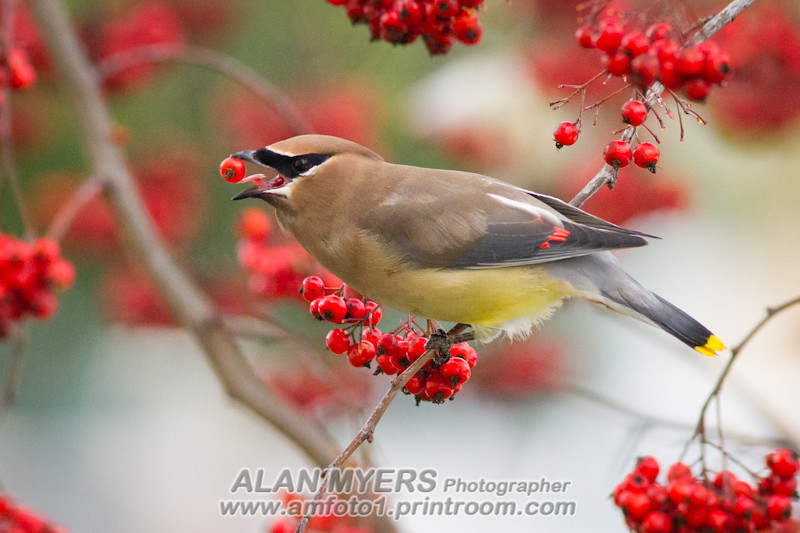 Your images are stunning and worth every penny. Nice Job.

Sally D
JBruce wrote:
I had an 80d with the same lens and a Canon 1.4 II extender giving great results, but some say that the 1.4 III may focus faster. The used Mk II model is quite a bit cheaper, if price is an issue. I bought mine from Roberts Camera used department. Be sure to micro-focus the combination if needed. John

Thanks for the info. Price is always an issue so I’ll look for a used Mk II.