Big Yankee Fan
The AF Museum is amazing and the best (and some would say only) thing worth doing in the Dayton area. Plan on spending the day. Other features include Bock's Car (B-29 that dropped the atomic bomb on Nagasaki), Space Shuttles, B-52 bomber, part of the Saturn rocket, and JFK's Air Force 1. A wealth of photo ops. BTW great pix here. Mike

| Reply
Sep 7, 2018 13:12:00   #
carlbsc
Thanks for the excellent shots. Good exposure and sharp. My cousin was a navigator on a B-17 and while on a mission got hit with a piece flack in the chest. He said he hurt so bad that he couldn't have bailed out. The plane made it back.

DanielB Loc: San Diego, Ca
Wow that is a beautiful restoration. I'm so happy it didn't go to the scrap heap. Thank you for sharing.
James56 wrote:
In 1946, The Memphis Belle was sitting in a field in Oklahoma destined to be chopped up for scrap. A newspaper reporter learned of it's fate and informed Mayor Walter Chandler of Memphis Tennessee. He bought the plane and had it shipped to Memphis. But after
60 years sitting outdoors, local groups conceited they didn't have the funds or ability to restore the Belle.
In 2005, the U.S. Air Force had the plane shipped in pieces to its repair shop in Dayton. During the War, the Memphis Belle had 5 engine changes, had portions of it's tail splintered to pieces. Its body was riddled with hundreds of holes from flak damage.
Now after 13 years in the shop, the Memphis Belle has finally been completely restored
and is now on display at the USAF National Museum in Dayton Ohio. One of many B-17's that helped to free Europe from the grips of the Nazi war machine. Hoping you will enjoy these photos I took during my visit to see this historic aircraft. Oh, and Thanks for looking...! PS: Got to meet fellow Hedgehogger "PhilGPS" while here in Dayton. A wonderful knowledgeable gentleman, great fellow photographer and a pleasure to have met. Thanks Phil... 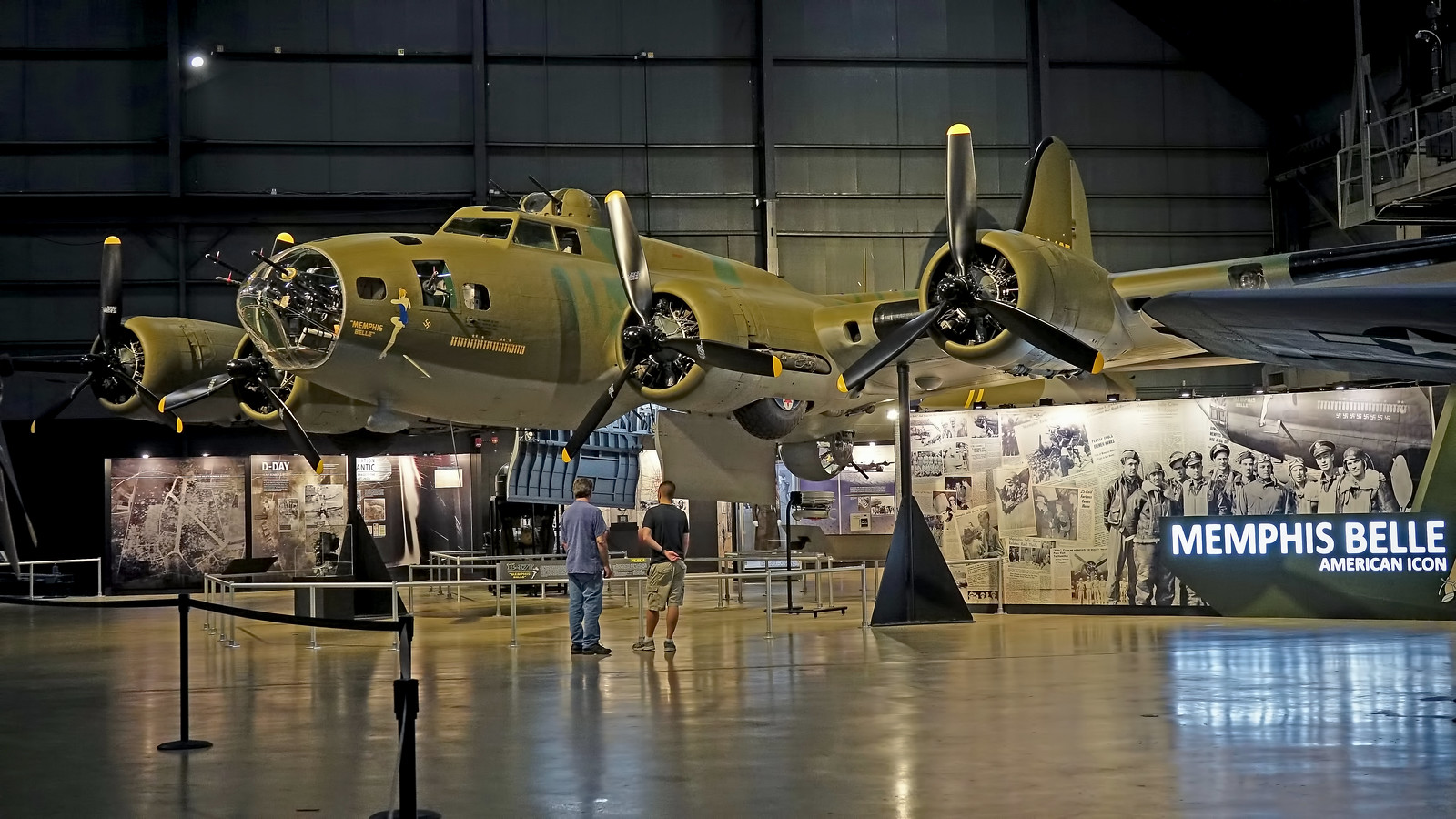 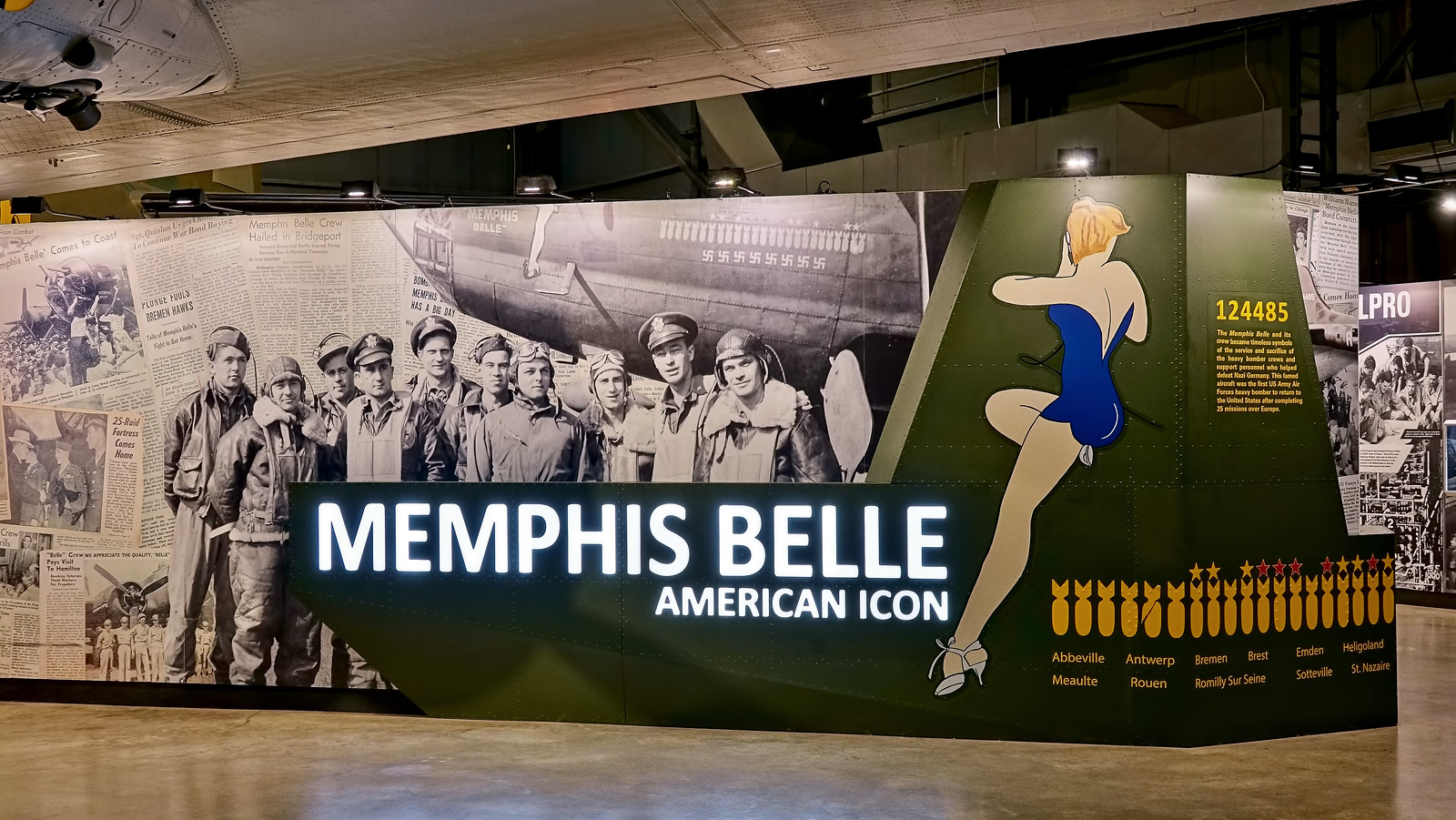 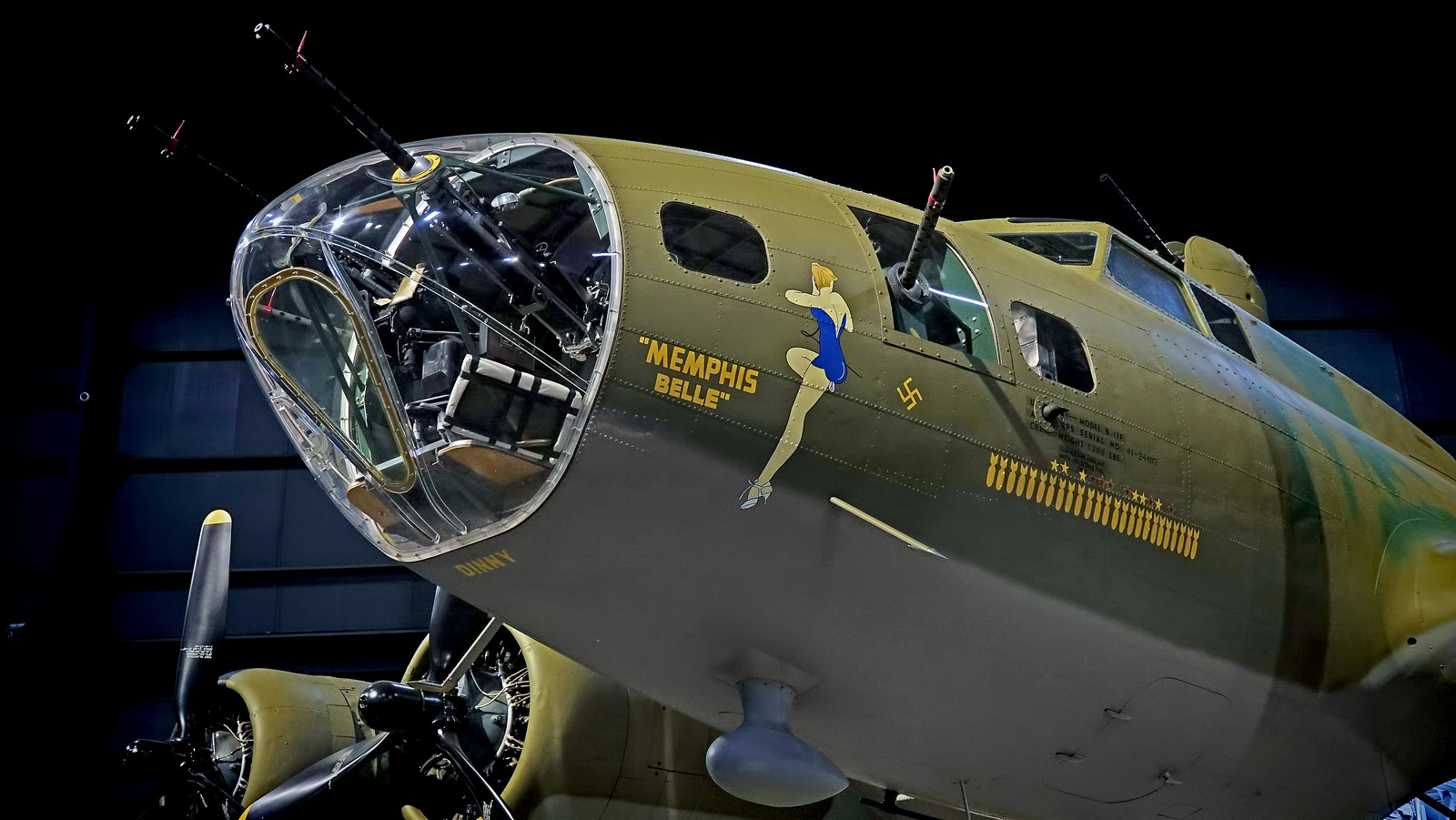 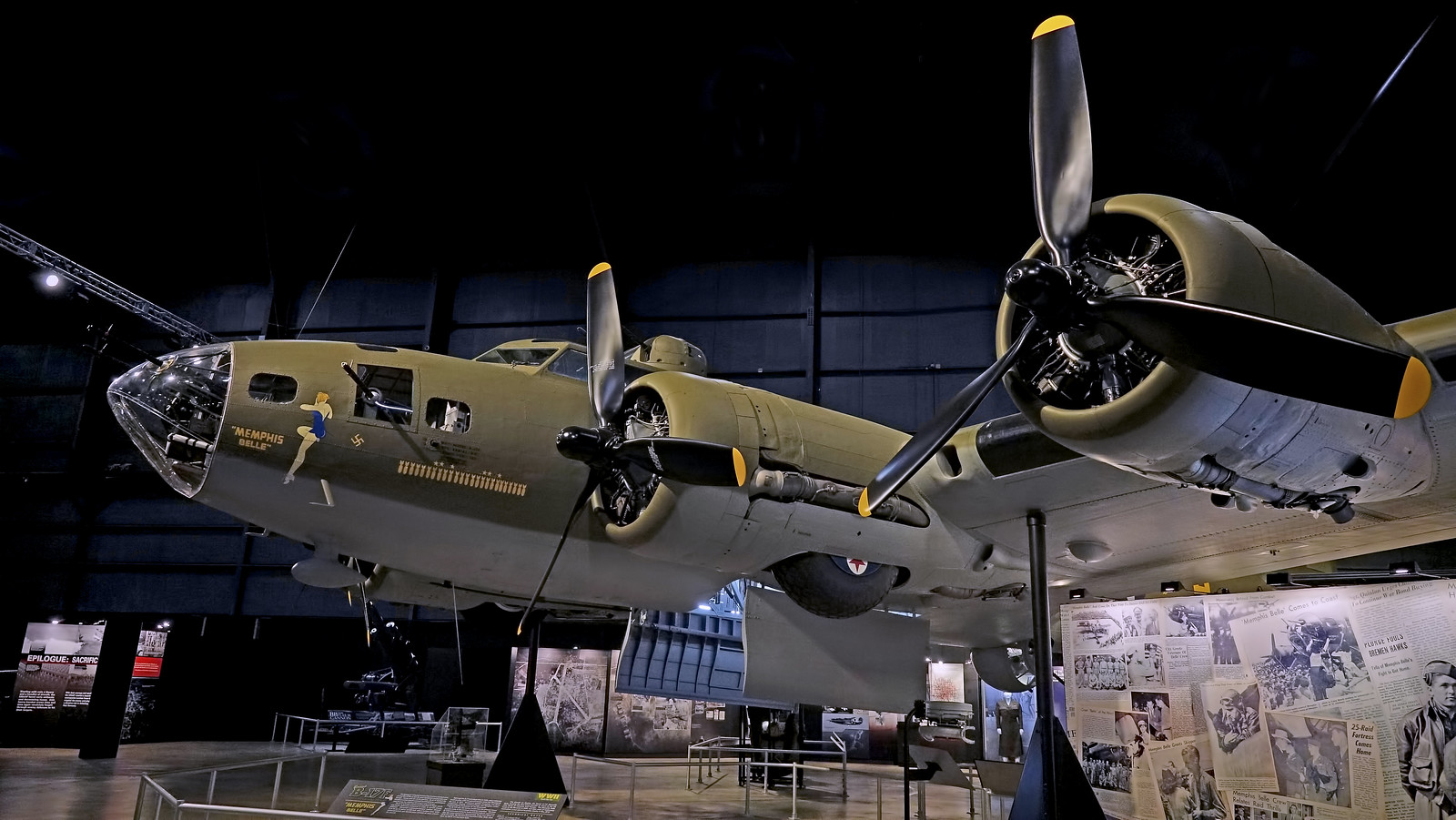 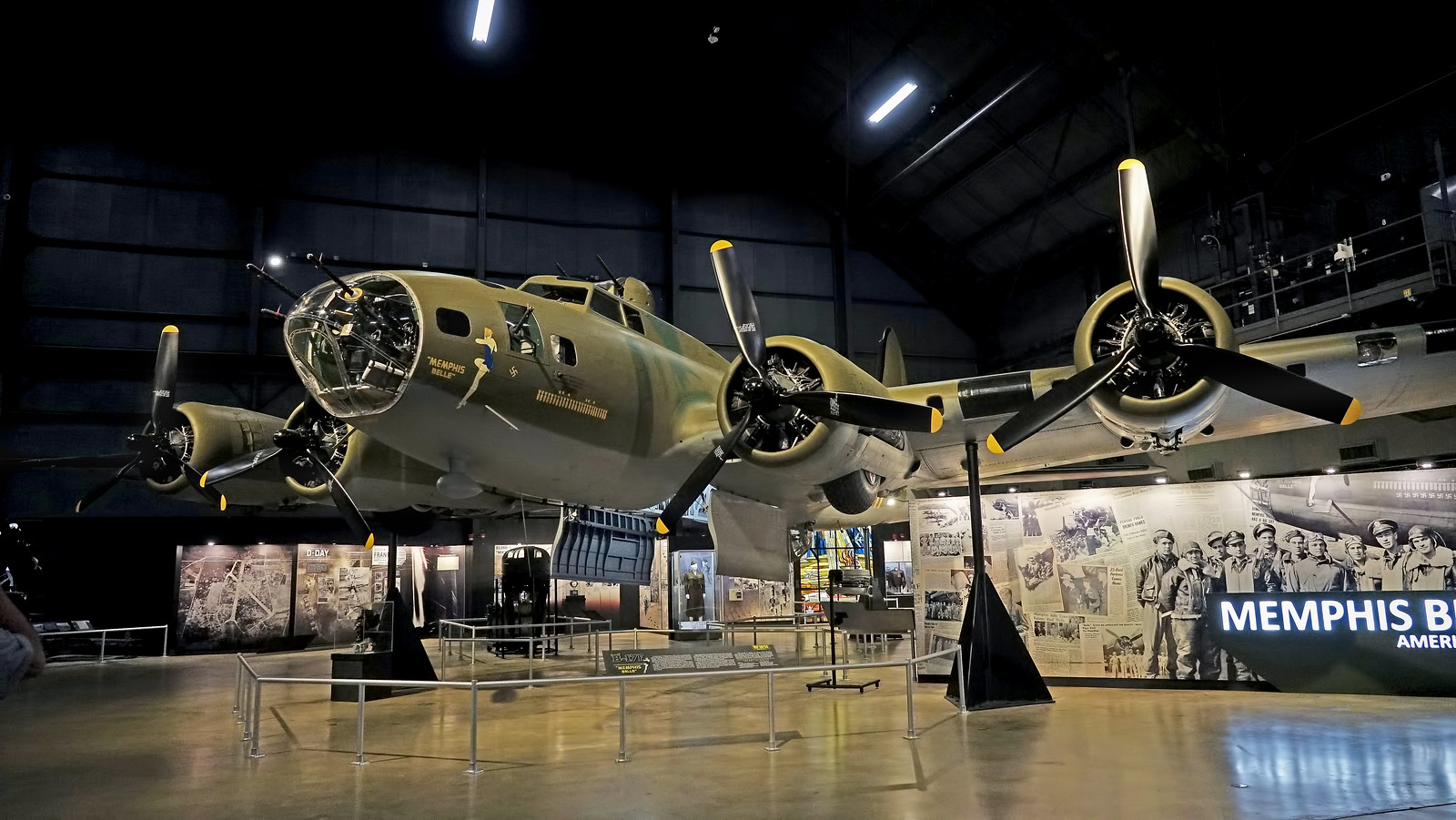 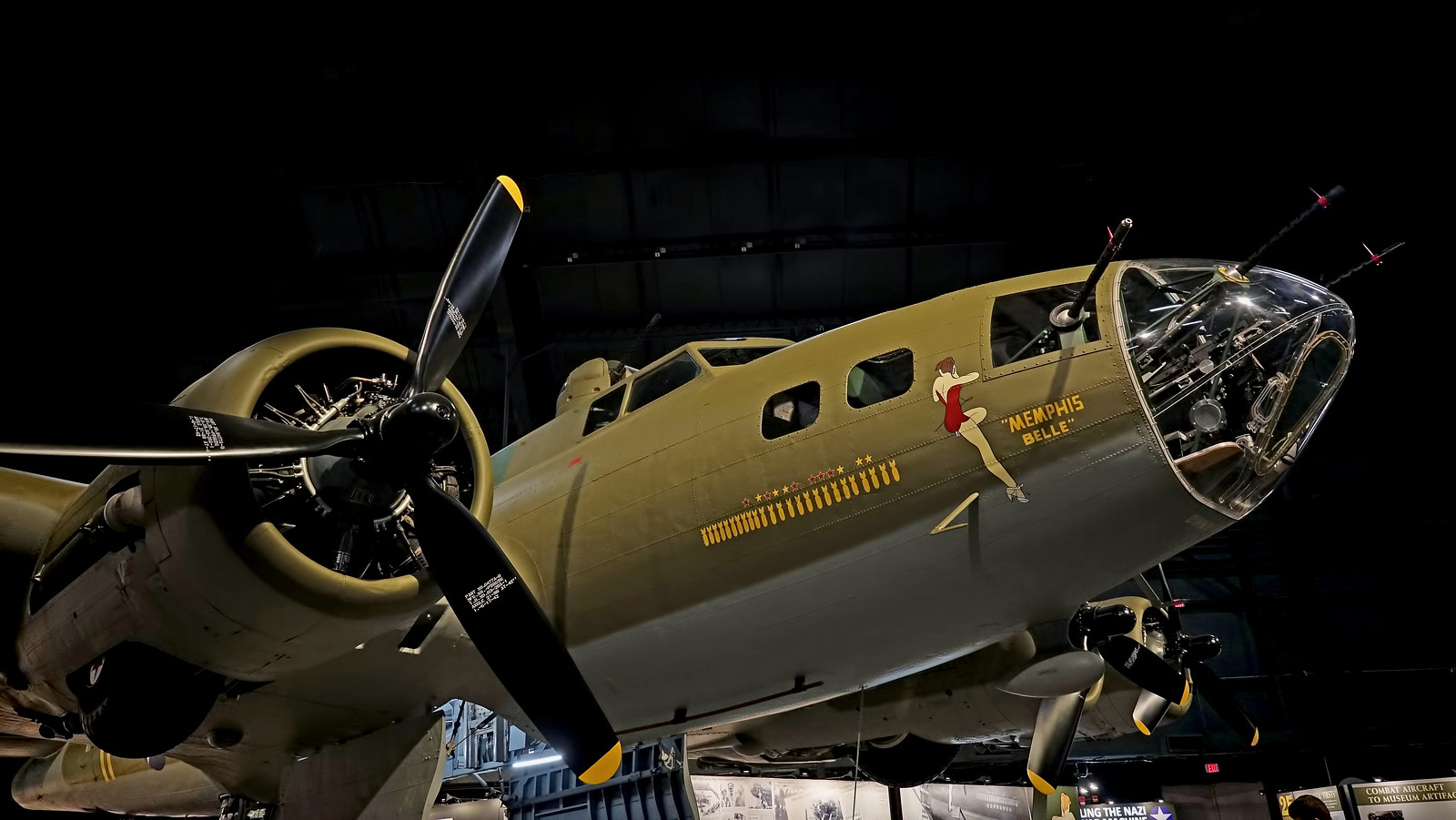 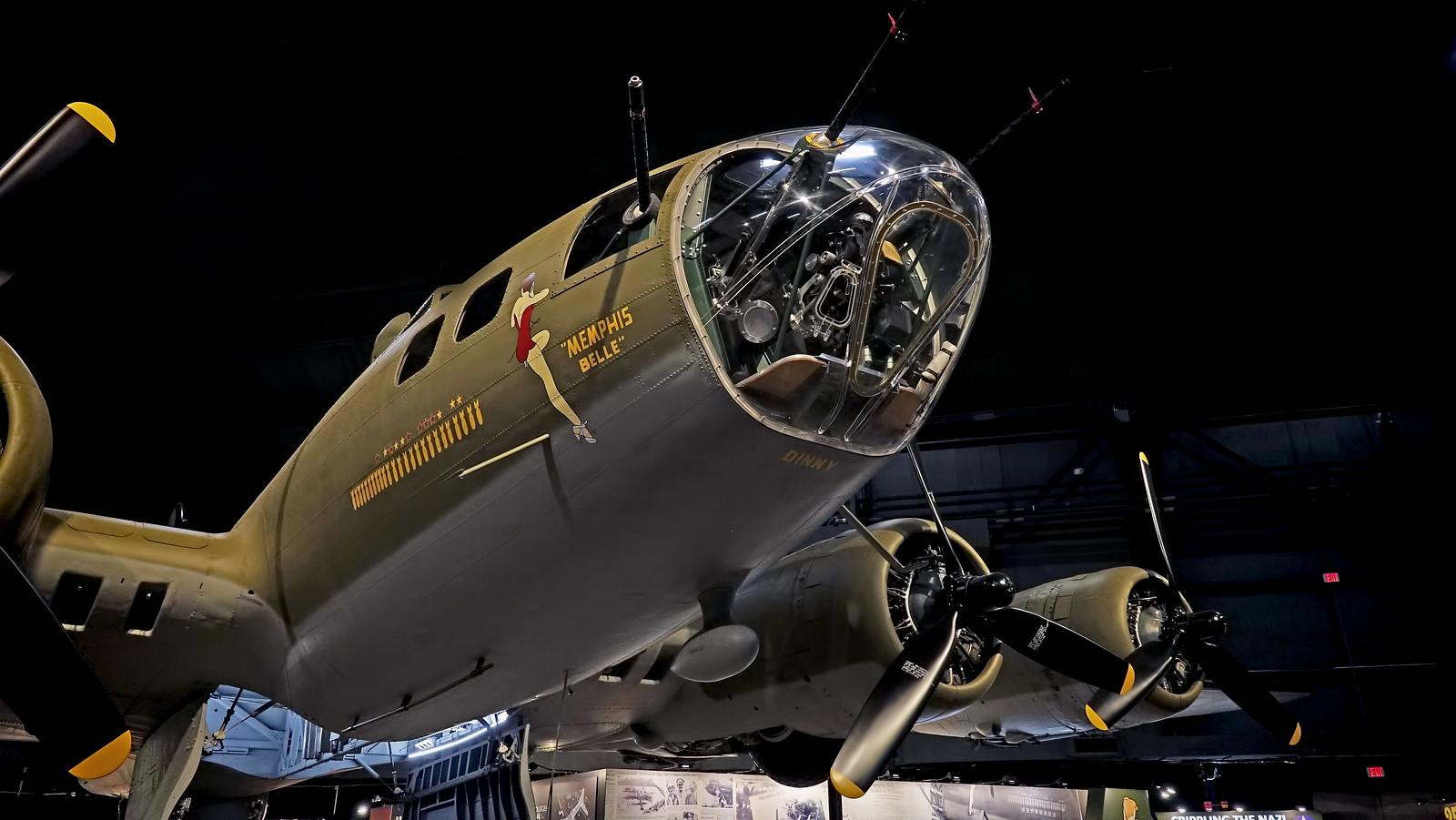 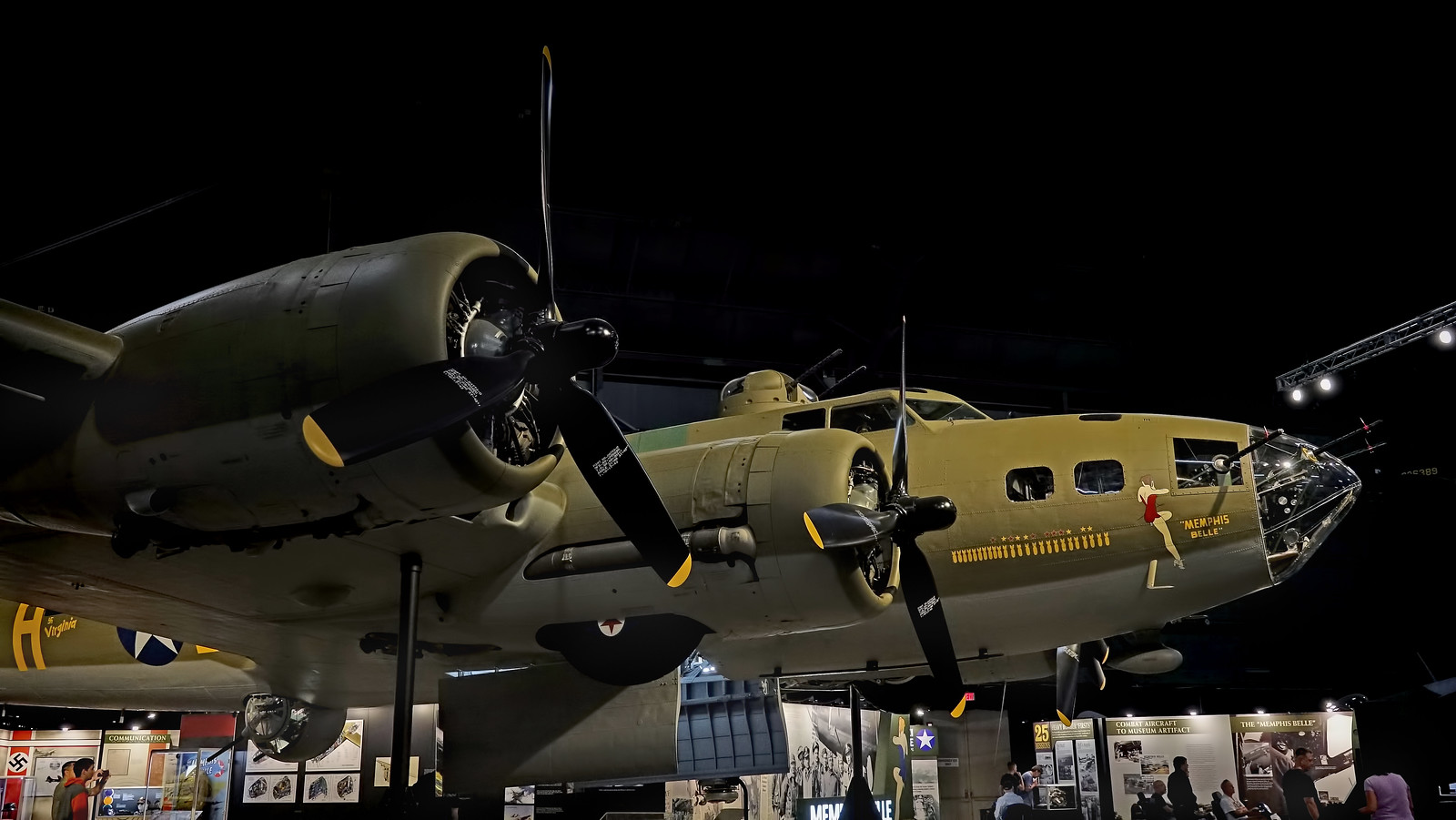 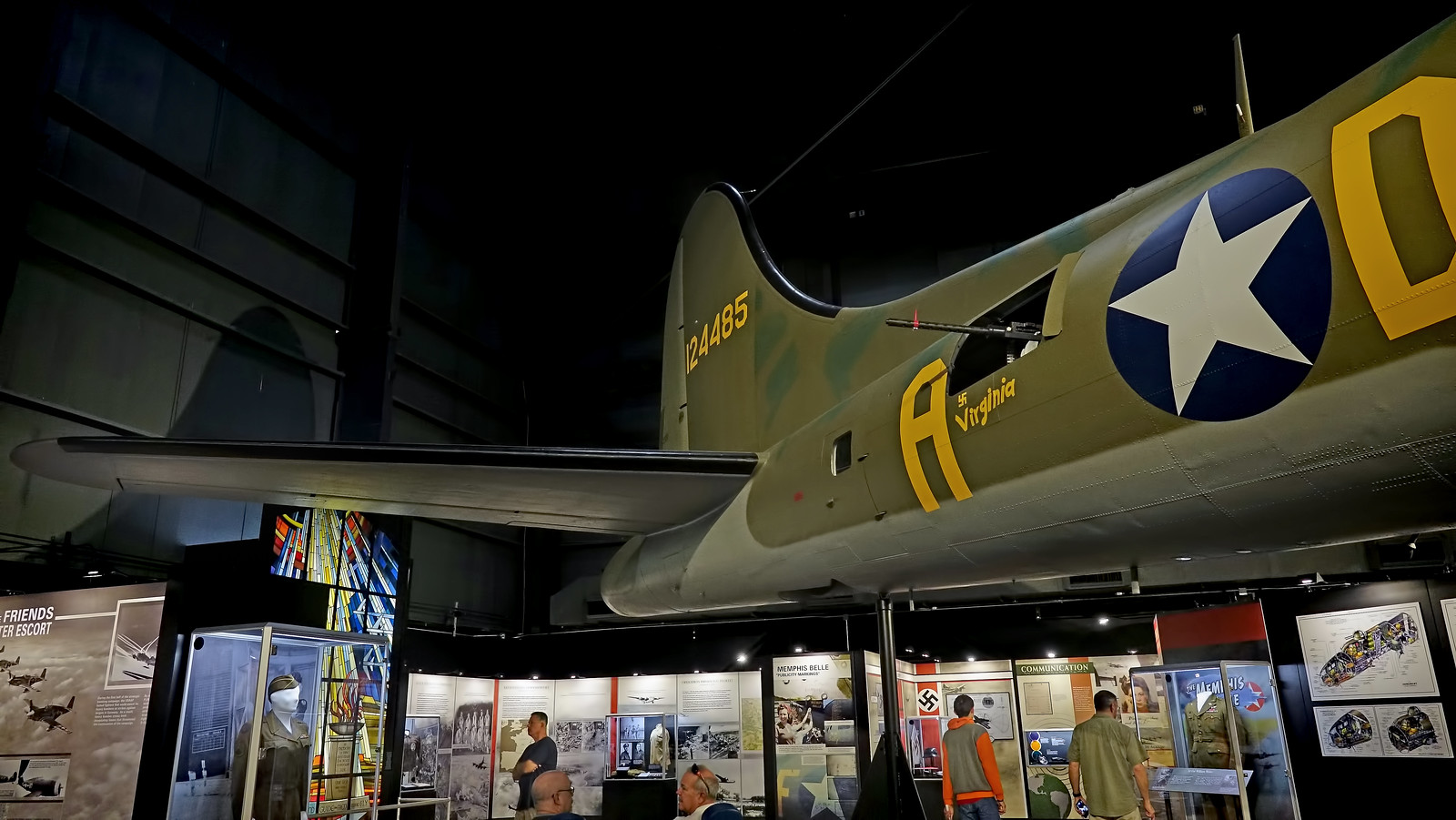 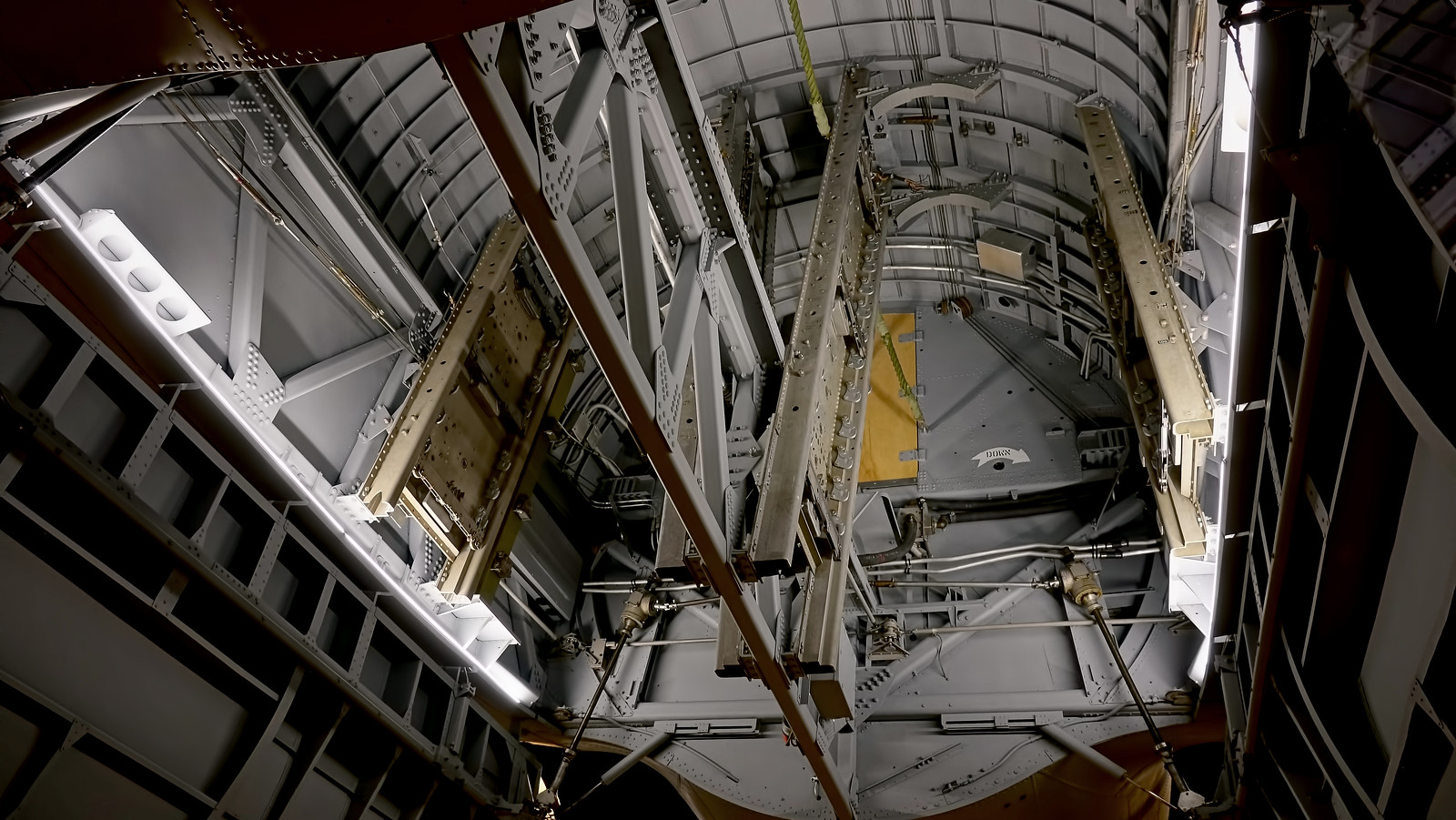 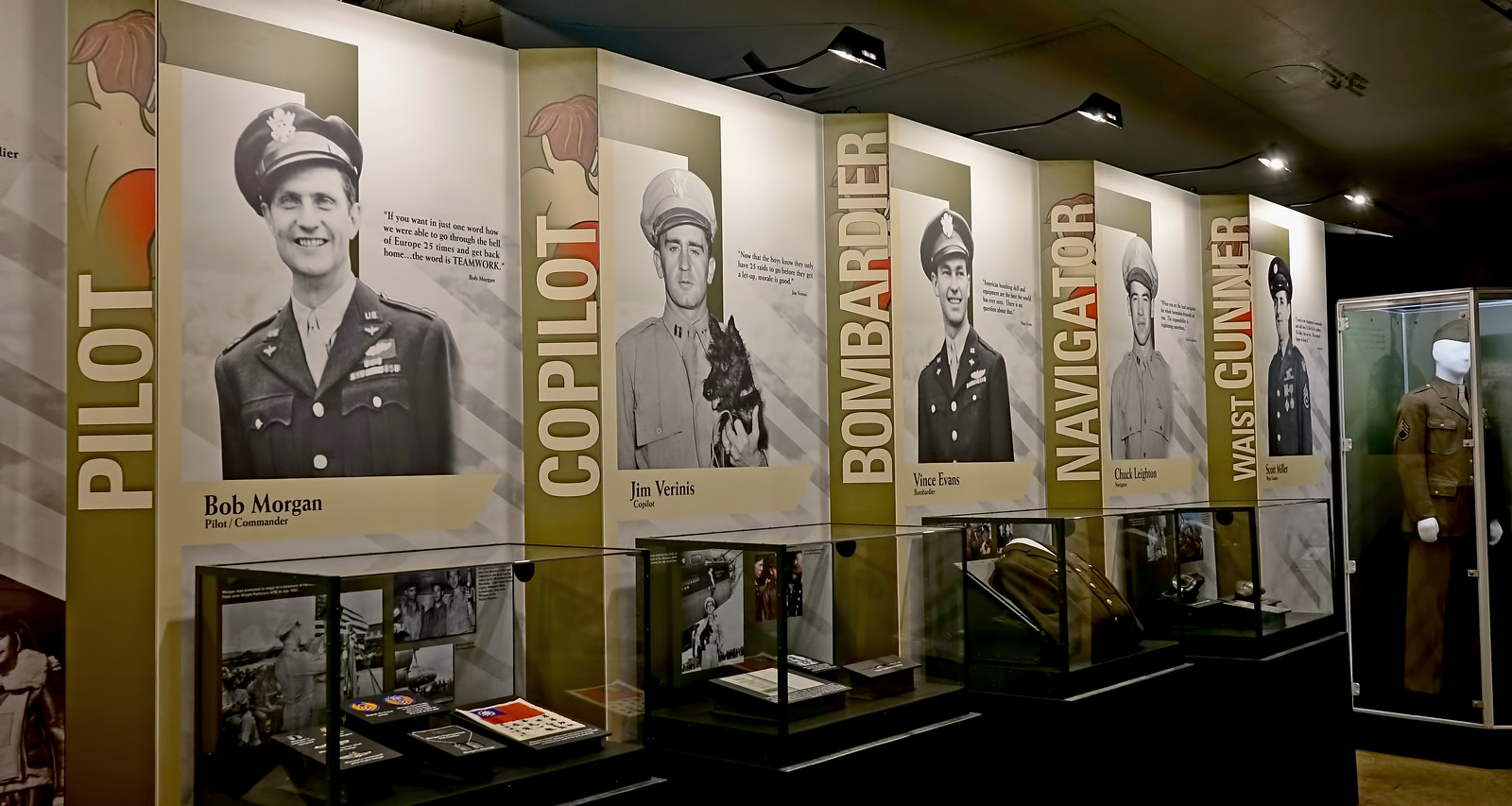 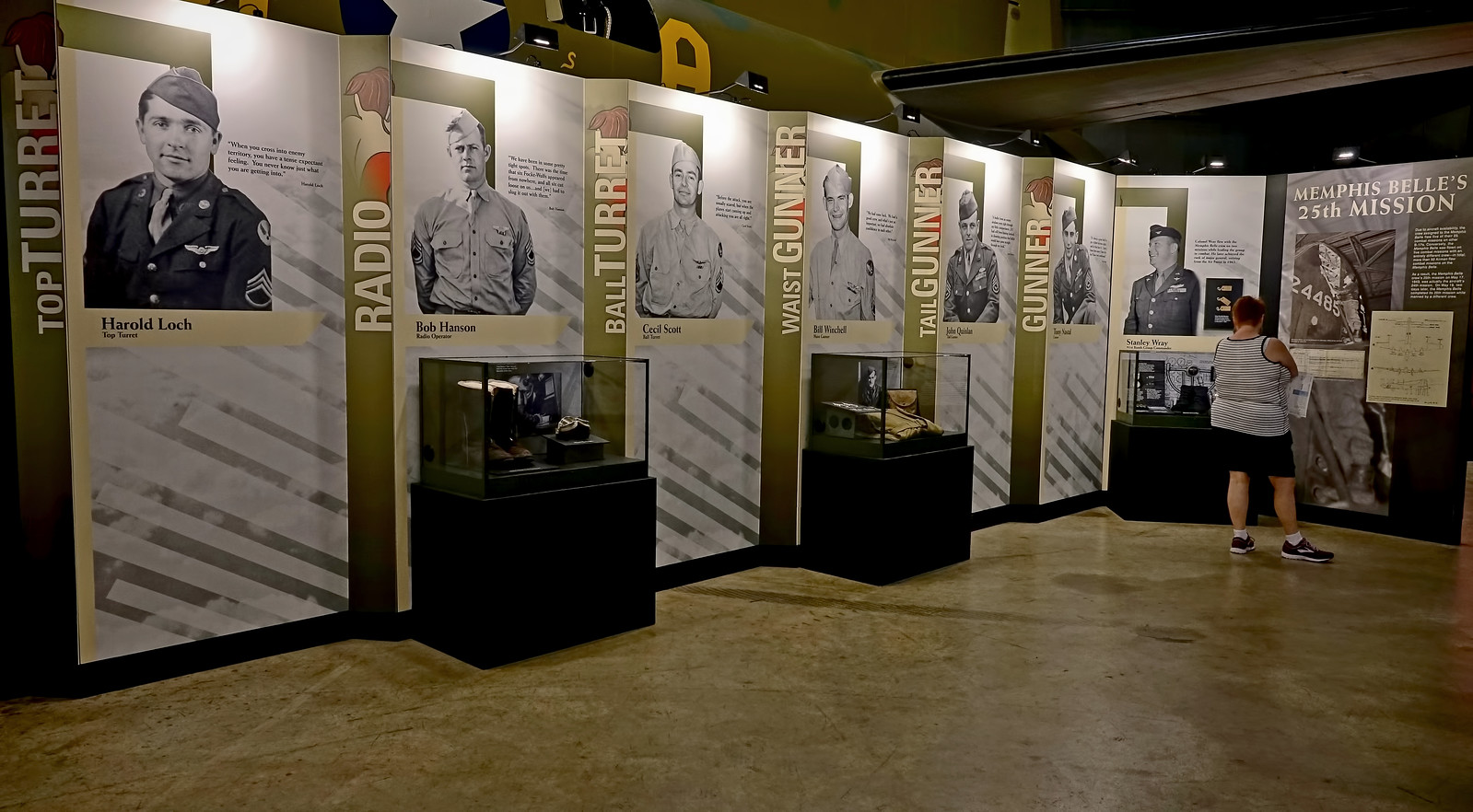 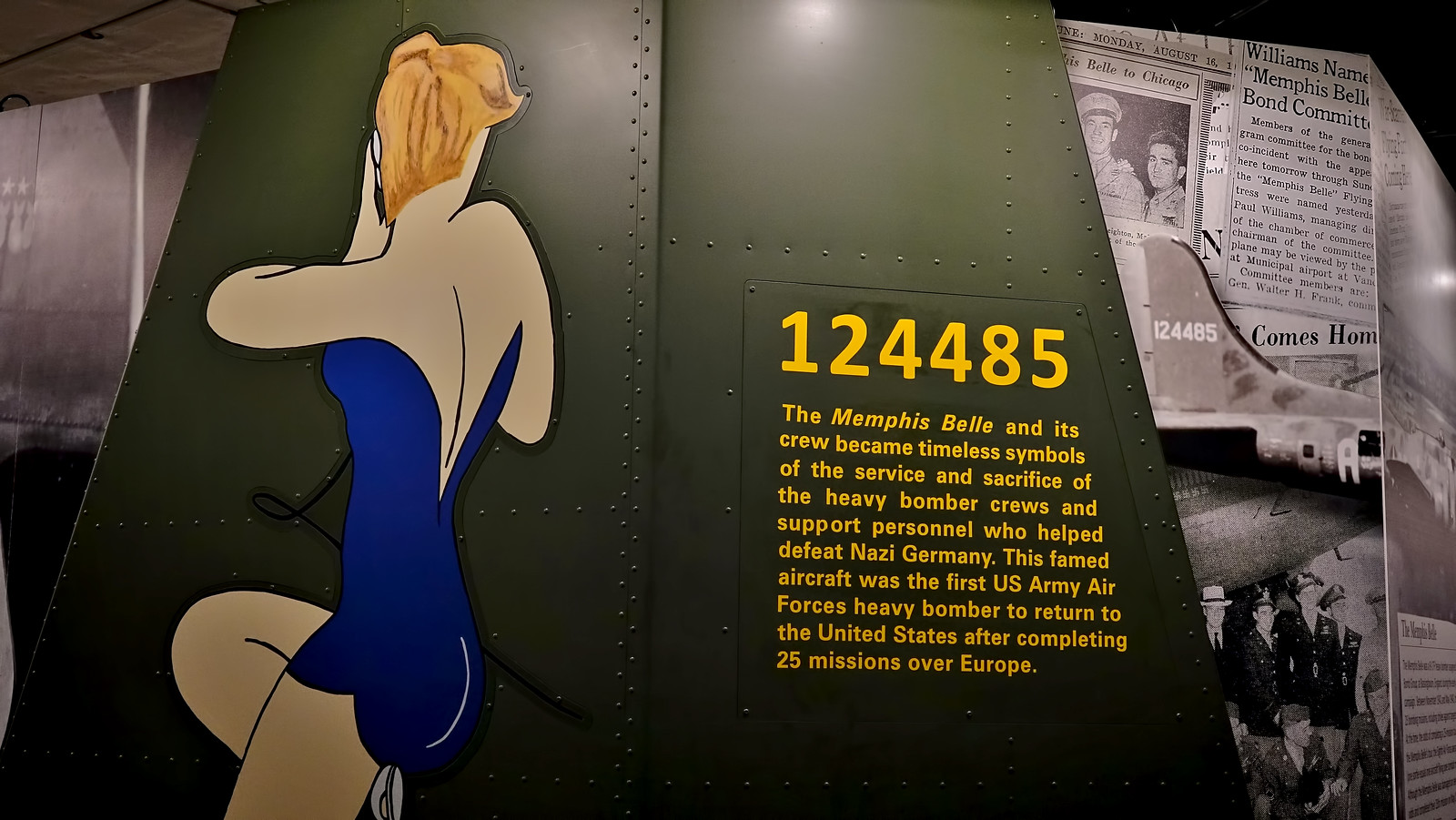 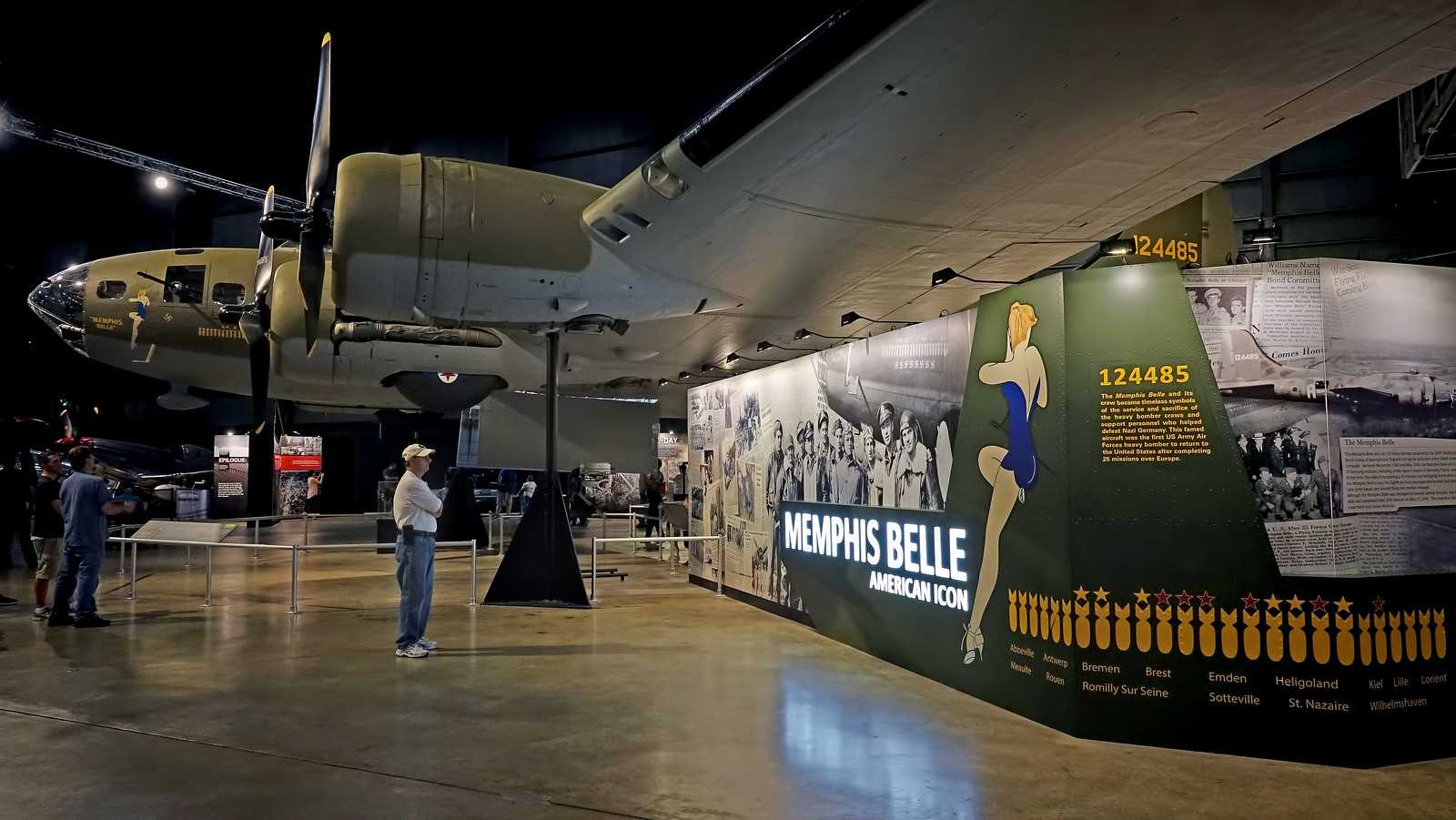 | Reply
Sep 7, 2018 16:11:15   #
akamerica
Great pictures. It is my understanding that the highest casualty rate of all soldiers, marines, navy and air corps were the bomber crews during WW2. This is why Memphis Belle was celebrated for living through 25 missions. Most others did not.

| Reply
Sep 7, 2018 16:32:51   #
latebloomer Loc: Topeka, KS
The USAF National Museum in Dayton Ohio is the best kept secret in United States museums. It is huge and all aircraft are restored to running condition. You can spend a day there. Better yet, it is free. I took my sons there and in a few years will take my grandchildren there. It is not to be missed!

Daryl New Loc: Wellington,New Zealand
One can only imagine the hours put in restoring her....Great job....

Ikonta531 Loc: Minneapolis
Absolutely gorgeous images! Glad to see this set here. My Dad and I tried to find what happened to the Belle, having missed her on Mud Island and later in the NW. BTW, we were the only ones in the front row of the theater when the movie came out because we bought tickets early and they closed the box office for a loss of water utilities just after we got them. When we went to check in after a bite to eat, they said we'd be alone in the theater but couldn't use the restrooms. It was great because we were right up front and to me, it was like being in that plane.

The short story is, I wanted to see the movie with Dad since he had said very little of his own B-17 missions during 1944. Without going into detail, his heavy bomb group had to complete 50 missions before rotation home, twice those of the Belle. He survived being shot down, ditching in the sea, a secret mission landing behind enemy lines and rescuing 33 downed fliers with an OSS crew, and being wounded. There's still shrapnel in his A2 jacket with 50 bombs under the breast pocket. He was awarded the DFC 55 years afterward in a ceremony in ND. But the thing that impressed me most was that before their first mission after arriving at the base as new replacements after the Memmingen raid where the entire squadron had been shot down, they had to help sort the personal belongings and footlockers of the airmen they replaced. I try to comprehend their mental state before suiting up the next day. The flak on the next 20 missions before they were shot down and ditched was bad enough that when I asked him how realistic the movie flak depictions were during the fly-around scene Morgan had to make because of cloud cover, he said it wasn't very realistic. His exact words, which I repeated for the military funeral we had for him nearly four years ago were; "It was worse. A hell of a lot worse! It looked as if we could have walked on it!"
After 75 years... we can't even imagine what they went through. Ironically, after coming safely home, late in 1944, he couldn't buy a beer in the states. He was only 19!! Tell that to the Antifa brats of today.

| Reply
Page: <<prev 1 ... 3 4 5 6 7 8 next>>
If you want to reply, then register here. Registration is free and your account is created instantly, so you can post right away.
Photo Gallery
Home | Latest Digest | Back to Top | All Sections
Contact us | Privacy policy | Terms of use | DMCA
UglyHedgehog.com - Forum
Copyright 2011-2020 Ugly Hedgehog, Inc.