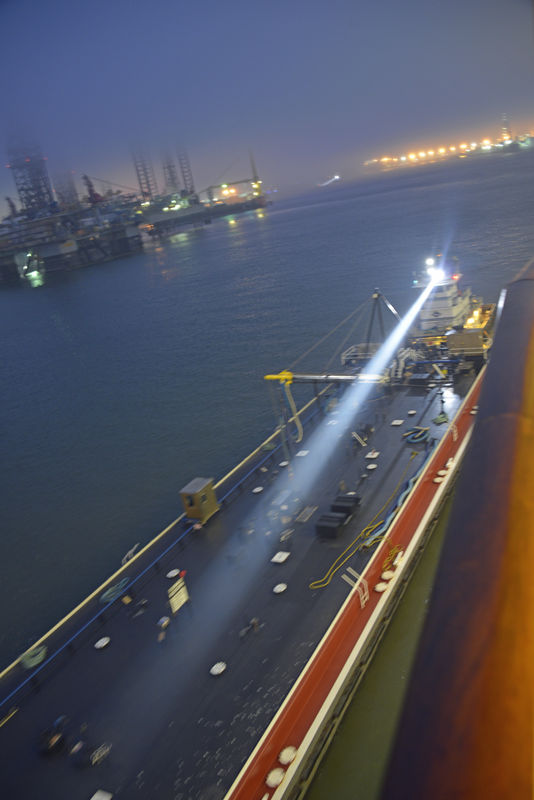 | Reply
Feb 12, 2018 14:56:32   #
Ike Gittlen
I probably got it wrong then. Just assumed that because it was right up against the ship and we were docking, that it was bringing us in. Thanks for the correction. Any idea why it would be alongside?

DvlDawg Loc: Pensacola, FL
I wouldn’t think it would be a fuel oil barge but never know. It does have the large crane onboard it though. That’s the only reason I could think of. I used to, actually, work for that company... Kirby Inland Marine. My father was a captain for them.