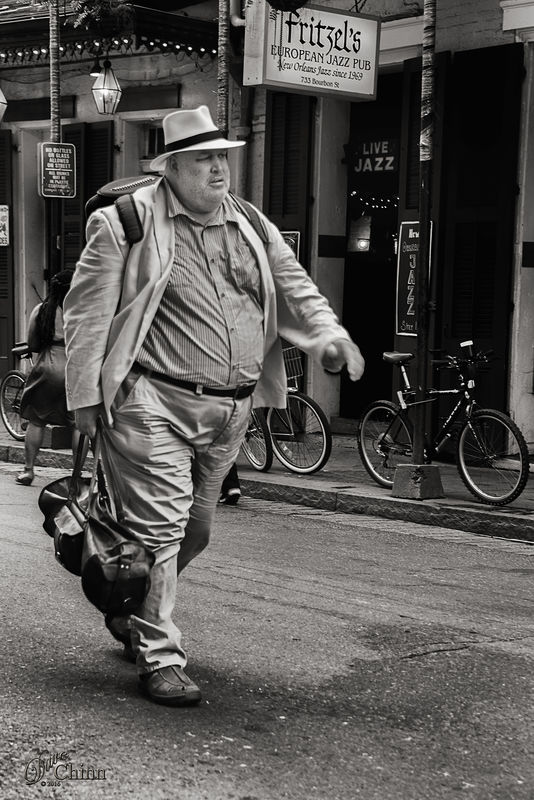 rjaywallace Loc: Wisconsin
I met a gentleman like your subject in a bar on Florida's Gulf Coast. His friends referred to him as "Tiny".

Thanks Ralph !!! As a kid in my hometown, there was a person, also known as "Tiny", must be fairly common with certain individuals.
Dave

Thanks John !!! The title came to me because of the appeared demeanor, such as the expressed body language. His forcefully strut as if to be on a mission of collecting the next owed debt. The scene, to me was also a reminder to a song that Elvis had recorded back in the late 60's with the same title. https://www.youtube.com/watch?v=vsGfCrdWUOE
Dave

dragonfist Loc: Stafford, N.Y.
He looks like a no nonsense type with the weight to back it up.