ptsllc Loc: Alabama
I downloaded a trial version of the Lightzone software to see if I like it. I was using the HDR feature (creates HDR style pics from a single picture). I was impressed with what it did on landscapes, and then I tried it with these two fellows I shot at the IC Waterway across from Lulu's in Gulf Shores. I really like how the faux HDR turned out here, but I'm not too objective. What do y'all think? 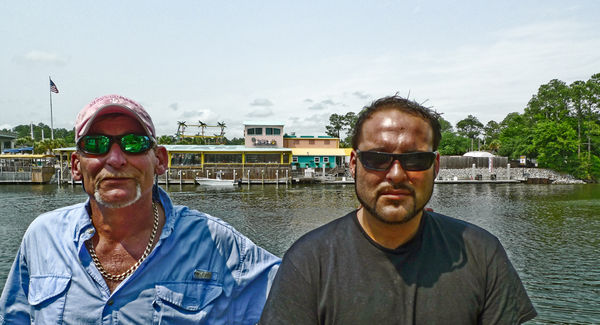 Reply
Aug 22, 2011 17:22:17   #
notnoBuddha
Really can't say as the original is not shown for comparison. Although I do it, I do feel real comfortable giving my thoughts of a view on a computer screen - there are or could be several variables, especially in regard to colors, saturation and tones. That being said I don't see anything to object to. The final proof for me would be in the prints by a printer that I trusted to compare. Have a good day.

ptsllc Loc: Alabama
Here's the original (changed from RAW to jpeg and cced). 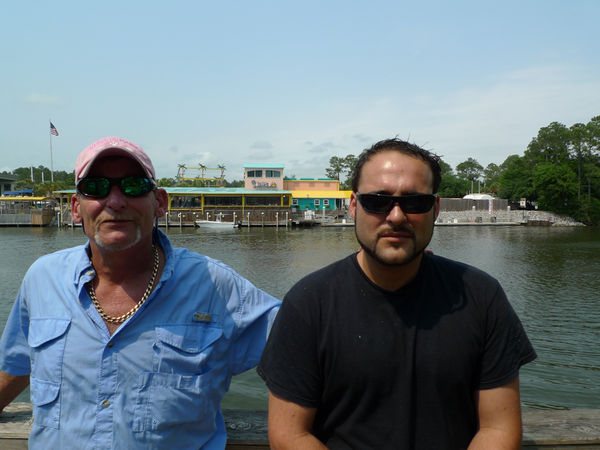 BOB Loc: Texas
What is this 'HDR" I've heard of it but don't really know what it is ??

Reply
Aug 23, 2011 09:37:58   #
notnoBuddha
Comparing to each other and viewing on my monitor - I actually like the original better. To me the colors appear to be more true and authentic. The enhanced did rid the pictures of some of the shading on the faces but was done by also changing some of the tones. Once more I would want to see a printed version if in fact that was going to be the end format to see which version looked better. Often I am surprised in the difference between a electronic and printed version.

ptsllc Loc: Alabama
Thank you for the feedback, folks. I appreciate it.

"HDR" stands for High Dynamic Range" - a technique that strives to show what is in the shadows without blowing out the highlights(typically with three exposures - one over, one under, one center EV that are combined with software) - our eye can see it all but a camera typically underexposes shadows, losing details there, to prevent over-exposing bright areas. But HDR also creates surrealistic or other results that are interesting to some viewers and not to others. Many (most?) HDR pictures look "fake" buy then that plays into their possible utility. For example, in this picture the original certainly is more "correct" but it might not "pop" for certain applications.

BOB Loc: Texas
Thank for the info on HDR....

blondieone Loc: Bayview,Idaho
HDR sounds interesting. I like the second photo but looks a little unreal..are there degrees to which you could back off it sightly somewhere between the original and the second photo. thanks for the ifo.

Reply
Aug 25, 2011 09:11:00   #
notnoBuddha
blondieone- wrote-"HDR sounds interesting. I like the second photo but looks a little unreal..are there degrees to which you could back off it sightly somewhere between the original and the second photo. thanks"

That is a good question - I also have wondered if in the attached example one could have just combined selected areas for the effect. Maybe have done the background but kept the people as just one layers by using selections and layers when combining?

Jwilliams0469 Loc: Topeka, Ks.
I've used HDR for about 3 or 4 months now and love it in most of my projects. I have had about 15% that looked completely fake. You'll know what I'm talking about when you run into this problem. I use a small program that was free from cnet.com and it does an amazing job. I like it because you can actually change the settings and get a more HDR look than the default settings in some of these programs. I also have been using another program that allows you to creat 3D photographs out of 2 single layers. If I had my other laptop right now I'd post a few of them but the wife has it with her at work. The 3D creater is one of the best 3D imageing softwares out there and when printed, WOW! put on some 3D glasses and you'll be trying to feel it. What I normally do is use the HDR setting in one program and save it then I use the 3D creater and put the Original of the image in as the first layer and then the HDR image in as the top layer. If your into art you'll have a lot of fun with this but if not then probably not. Good job on your HDR adventure.

rocco_7155 Loc: Connecticut/Louisiana
Put me down for a vote for the "faux" HDR. I think it hilights areas that are in shadow on the original and as a chracter study it has more personality....nice job.

I like the HDR photo better, too. There is more detail. You did a great job with it. And that's not easy. I've seen some HDR photos that don't look at all realistic. Yours looks great!

here is a few samples 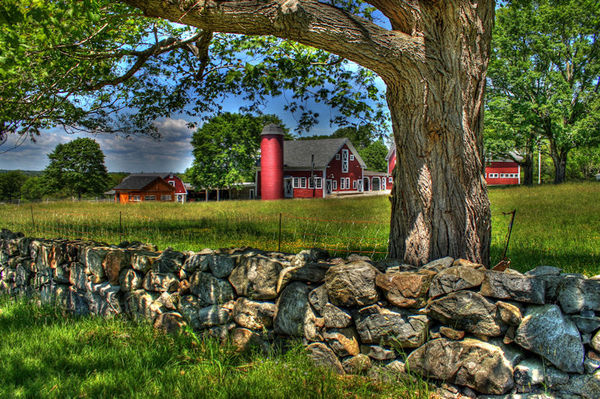 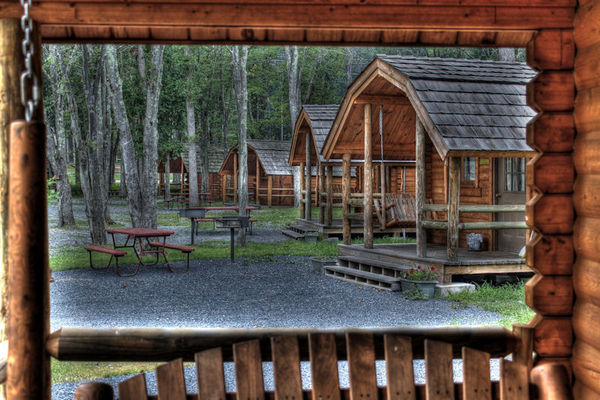 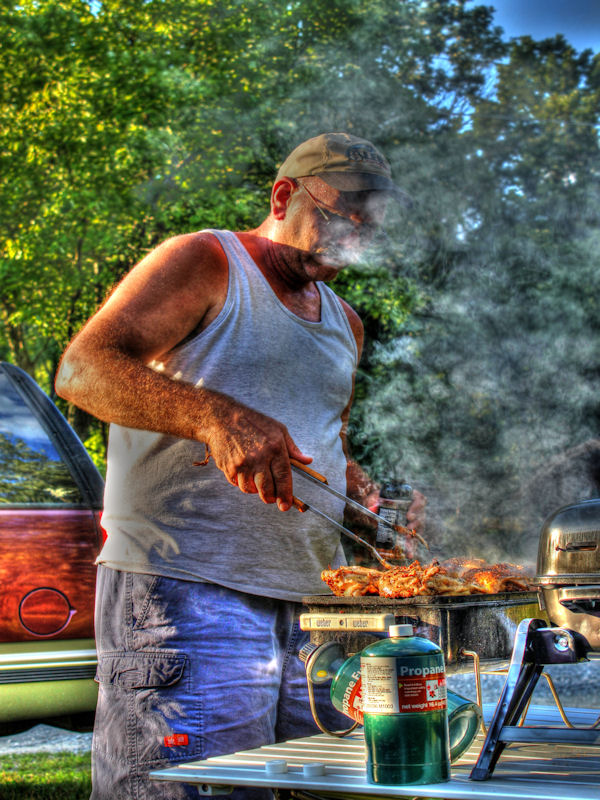