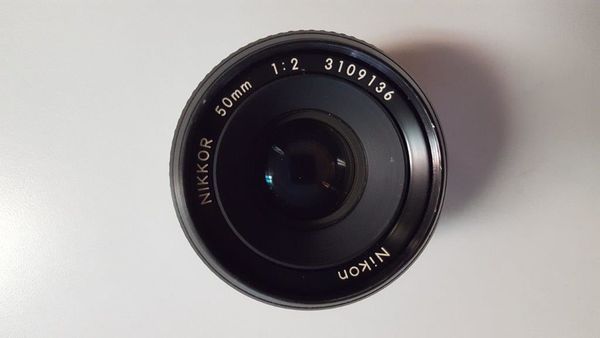 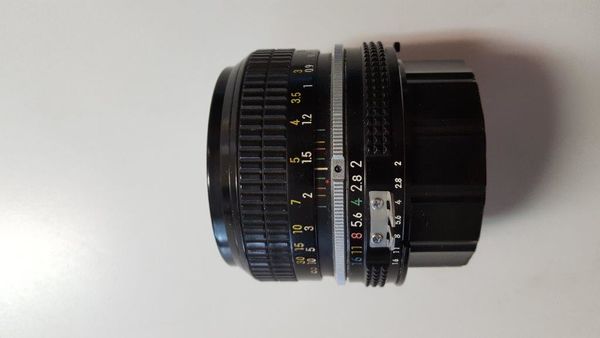 Wes Loc: Dallas
Paypal! How do I direct the payment? I will buy. Is it DX?

GoofyNewfie Loc: Kansas City
Wes wrote:
Paypal! How do I direct the payment? I will buy. Is it DX?
It's a lens from the film days, before DX, so it covers full frame.
Been looking for one myself....too late!

LOL, ya made one persons day, the other not so much.

juicesqueezer Loc: Okeechobee, Florida
Not sure which one you sold for that price! The 50 f2 is a oldie but goodie, but they are not selling anywhere near that price.
Wish they were!

tracs101 Loc: Huntington NY
juicesqueezer wrote:
Not sure which one you sold for that price! The 50 f2 is a oldie but goodie, but they are not selling anywhere near that price.
Wish they were!

I'm not sure which one it was. Didn't know there was more than one model. I bought it from a friend of mine that worked at a camera store in NY. He was selling most of his camera equipment to raise money for something. The sale was not posted anywhere. I found out about the lens during a conversation with him. I made a "cash right now" offer and had a deal right away. I kept it for two years but found I seldom used it, so I sold it to a guy who was a fellow member of longIslandPhotographyMeetup.com I should check and see if he still has it. If he wants to sell it for $50.00 I'll grab it.

forjava Loc: Half Moon Bay, CA
This is a highly respected lens.

I realize that this now has sold, but here are comments that all concerned may find useful.

This has the appearance of an AI lens, being the post-H.C version, whose barrel moved into the AI version. The AI version of this lens is a great asset. Low distortion wide open. The BR-2 reversing ring delivers close-up and macro.

The "bad" news:
WRt comments on the model, this is without question a pre-AI variant.
The green coating is and the serial number support my remark.
So as originally manufactured, it cannot be used on, say, a D810.

Price:
The seller's price is suitable. KEH charges more for AI; I know, as I bought an AI variant recently and recorded the prices as just under $100.
For all practical purposes, the UHH lens is an AI lens, but really, it is not because the pre-AI UHH lens shown here has been updated from pre-AI to AI, in a Nikon-sanctioned manner, using Nikon's factory kit.